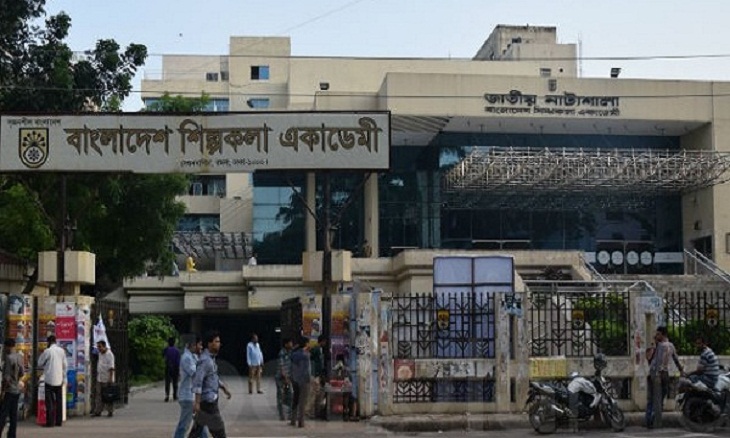 Bangladesh Shilpakala Academy is the national cultural center of Bangladesh under the patronage of the state .  The academy conducts activities under the Ministry of Culture .

Sheikh Mujibur Rahman passed the Bangla Academy Act for the purpose of restoring cultural justice . Later , Bangladesh Shilpakala Academy was established in accordance with the "Bangladesh Shilpakala Academy Act 1974" (Act No. 31 of 1974) passed by the Jatiya Sangsad on 19 February 1974 to build the glorious development of national culture as a national movement . Dr. Mustafa Nurul Islam  was the first director general of the academy.

The main functions of this institute are to conduct research on various aspects of cultural issues and to properly evaluate the destitute and talented artists through the development and advancement of the national culture of Bangladesh. On the other hand, the organization provides grants to cultural organizations, including various awards and honors. The academy also organizes art and photo exhibitions, plays, music and dance performances, international festivals and competitions. It also publishes, researches and provides training in fine arts, music, dance, drama and film. It also organizes symposiums with participation in national and international book fairs and sales of publications.