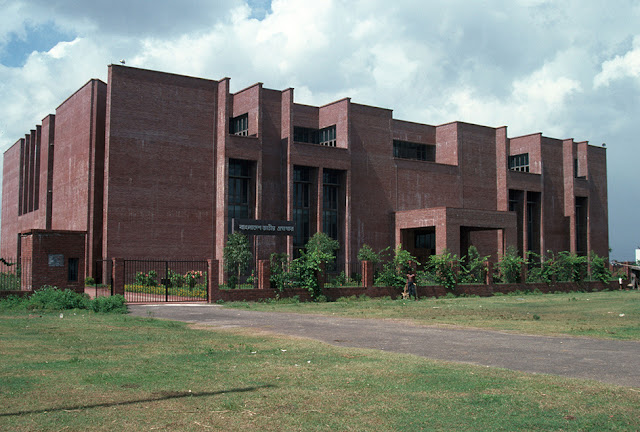 Bangladesh National Library is the top institution of the library system in the country. Its job is to collect and preserve all publications in Bangladesh and to manage them properly and make them available to researchers and readers. It was established in 1983. It is open to the public. It is located in the National Library building.

The National Library, including the National Archives, is placed under the Department of Archives and Libraries . The department is managed under the Ministry of Cultural Affairs.

The government installed air-conditioning in the library in 1986 as per the five-year plan. In 2006, the library was without electricity for a month because the Dhaka Electrical Supply Company and the Department of Public Works refused to fix it. The library was also criticized for not having an online catalog.

At present there are 70 government libraries at district and upazila level under the National Library.

Email ThisBlogThis!Share to TwitterShare to FacebookShare to Pinterest
Labels: National Library of Bangladesh