Killing on the Bangladesh-India border 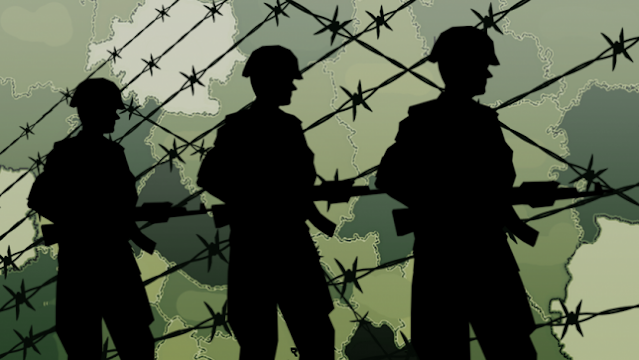 Bangladesh-India border killings by Bangladesh and India, the 4,096-kilometer (2546-mile) long international border of the Indian Border Security Force, BSF by Bangladeshi citizens in general, and to organize regular torture and killing of civilians, is meant.  The Indian Border Security Force's controversial shoot-on-site policy to prevent smuggling and alleged illegal immigration from Bangladesh is in place at the Bangladesh-India border, allowing the BSF to shoot Bangladeshi nationals for no reason. Many people cross the border regularly to visit relatives, trade in the market, and look for work. Many people also have to cross the border to cultivate on agricultural land near the zero line of the border or to catch fish by the river. Some of them are involved in various petty and serious cross-border crimes. Border forces are forced to deal with illegal activities, particularly drug trafficking , human trafficking for sex work , and the transport of counterfeit currency and explosives.  But Indian border guards have been accused of killing about 1,500 ordinary and civilian Bangladeshis since 2000.  Odhikar , a Bangladeshi NGOFrom January to June 2011, at least 18 Bangladeshis were killed and tortured by the Indian border forces. According to Masum, a Kolkata-based NGO that leaks information on the border area, the BSF continues to intimidate, brutally beat and torture suspects even though the firing rate in the Bangladesh-India border area has decreased.

In July 2011, Human Rights Watch said about the border killings, "The Indian government should take responsibility for investigating a new, swift, and transparent investigation into new allegations of killings, torture, and other misconduct by the Border Security Force (BSF) at the Bangladesh border." Meenakshi Ganguly, South Asia director at Human Rights Watch, said: "The use of excessive force and indiscriminate beatings on people at the border is unacceptable. These incidents call into question India's commitment to the rule of law."

In the last 10 years, about 1,000 people have been killed by Indian security forces, most of them Bangladeshis. The border area turned into a South Asian murder case. Despite clear evidence of cold-headed killings against unarmed and helpless local residents in many cases, so far no one has been charged with murder.

"Routinely shooting poor, unarmed villagers is not how the world's largest democracy should behave."

Indian officials have vowed to send new orders to change the BSF's behavior and repeal the shoot-on-site policy. They have pledged to use nonviolent means to apprehend illegal border crossers or traffickers.  However, it has not yet been implemented in practice.

A senior Indian official's permission is required to start an investigation into a crime committed by a member of the security forces like the BSF, which rarely happens.

Although there is a functioning court in India, the BSF can apparently act as a judge, jury and killer at the same time in these cross-border crimes.

India has the right to impose control over its borders. But India does not have the right to use lethal force. Yet some Indian officials have publicly acknowledged that unarmed civilians are being killed.

As of October 2012, the BSF had killed 35 people, according to the National Human Rights Organization. During this time, BSF shot and wounded 22 Bangladeshis and abducted 56 others. In December 2012, just 7 days apart, Indians entered Bangladesh and forcibly abducted 3 Bangladeshis.

Notable events in the assassination of

Bangladesh-India border district of Anantapur border-Dinhata khitaberakuthi  in the area on January 07, 011 members of the Indian BSF phelani Khatun (born 1996) , , a young girl was shot and killed. Soldiers of Chowdhuryhat Camp of BSF 181 Battalion were blamed for the incident. Felani's body was hanging on a barbed wire for five hours. The BSF filed a case in its own court against the members responsible for the incident. Felani worked as a housemaid in New Delhi with her father . He was returning to the country for marriage.

Email ThisBlogThis!Share to TwitterShare to FacebookShare to Pinterest
Labels: Killing on the Bangladesh-India border