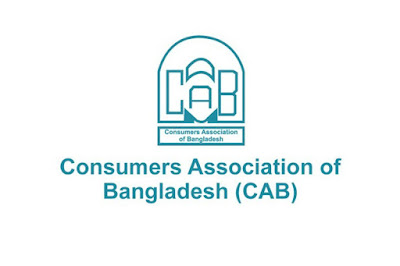 There are consumer association activities in all the divisional cities and districts of Bangladesh. The company regularly monitors the market prices of essential goods and services and informs the consumers about the real situation of the market through various means. So that the market price does not go beyond the purchasing power of the common man. For this the company has a market monitoring branch. The employees of that branch conduct regular market surveys and provide information to the consumers with the help of media. Consumer rights against 12 harmful formalin and food adulteration used in Bangladesh 'a dozen dirty Carried out propaganda campaigns in the name. In post-independence Bangladesh, there was no state policy on sale and marketing of pesticides. In the face of the initiative and movement of the organization, the government formulated a clear policy in this regard. It later informed the general consumers through gazette circulars as well as gave necessary instructions to the traders.

Cab publishes a monthly bulletin called 'Consumer Voice' to provide regular information on products and consumer rights to the general public. It is published in Bengali. . The organization also publishes quarterly magazines in English for three consecutive months. It is sent by post along with the headquarters of various consumer related organizations at the international level except in Bangladesh. Apart from this, it regularly promotes small books, leaflets, folders, etc., following various issues or problems of the consumers. Various features and press releases are published in the local media centered on different days.

CAB has conducted a study on the use of insect repellents and their imprinting in homes. CAB was very vocal and active in demanding the formulation of a national pharmaceutical policy and played a very effective role in its formulation in 1972. Since then, CAB has been monitoring the implementation of national pharmaceutical policies and ensuring that public health services, especially medical and nursing services for the poor, are guaranteed.

The CAB started an anti-smoking movement in 1981 and, as part of it, negotiated with the government to declare a 'smoking ban' in many public places. CAB is also very active in monitoring the implementation of the Breastfeeding Alternatives Ordinance enacted in 1984. CAB organizes seminars, conferences, workshops, meetings, etc., and has been vigorously advocating for breastfeeding through the publication of books and newspaper articles. Using similar means, cabs are playing a vital role in preventing environmental pollution and safe roads and transportation. One of the routine tasks of CAB is to spread the consumer rights movement at the divisional, district, police station and village level through the formation of consumer committees. All the local branches of the association liaise with the national level leadership to carry out the work of awareness and motivation of the consumers and facilitate the consumers to solve various problems.

CAB has a grievance redressal center where consumers can get expert opinion and legal help by filing all kinds of grievances and be informed about what to do against those who cause them harm. There is a consumer information center with CAB's library to keep them informed about the daily market situation and various issues of interest to consumers. CAB conducts research in hospitals and clinics on following standard regulations, tobacco use, road accidents, drug addiction, etc. In addition, CAB has been campaigning for a long time to demand the enactment of consumer protection laws in the country.

Some of the important achievements of CAB's activities are: a. Once upon a time in the country, the Milkvita Company used to mix powdered milk with imported cow's milk and sell it as pure cow's milk. Milkvita was forced to shut down after the cab uncovered this illegal act; B. Long before the formulation of the National Pharmaceutical Policy, the CAB conducted many campaigns to make the people aware about various harmful and unnecessary drugs and to conduct public awareness campaigns when the pharmaceutical policy was formulated; C. CAB has been campaigning for the benefits of breastfeeding since 1984 and has been working tirelessly to implement the Breastfed Alternative Baby Food (Marketing) Ordinance 1974; D. CAB has played a significant role in promulgating pesticide marketing regulations, forming committees to evaluate cab market price situation, The Institute of Standards assists in the reorganization and preparation of a list of standards and the formation of a committee to measure the level of adulteration in edible oils; E. CAB helps restructure the government's environmental pollution control department; F. Cab's anti-smoking campaign has led to the introduction of cigarette advertisements warning of the harmful effects of smoking; And g. The participation of CAB as a recognized representative of consumers in various public and private committees on various interests and issues of consumers has become a rule.

Cab manages its activities through many limitations. Such as scarcity of funds, relatively slow response from people of different populations, limited purchasing power of consumers in general or their weak position in bargaining etc. The success of the CAB is still limited in the face of resistance from these groups as their activities often go against the interests of the business community, undermining their monopoly benefits and preventing them from forming alliances with ill-intentions.