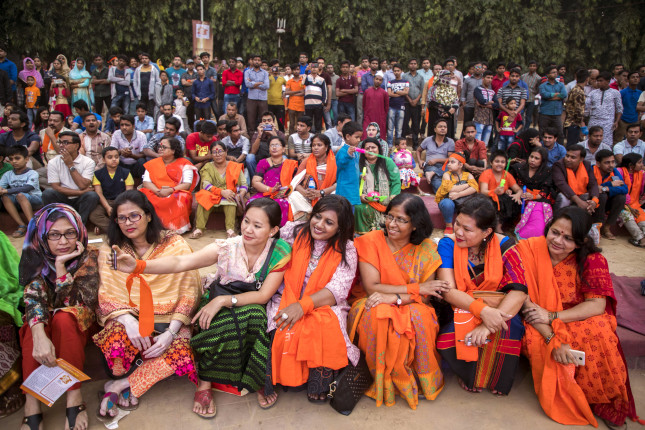 Citizens of different countries will be able to acquire the citizenship of Bangladesh subject to the conditions laid down in the relevant laws and regulations and with the approval of the appropriate authorities of the government and will be able to identify themselves as 'Bangladeshis'. Moreover, Bangladesh has opportunities as a two-citizen.

Before the partition of the Indian subcontinent on the basis of biracialism in the last part of British rule in South Asia, Bangladesh and West Bengal in India were the same territory, and the spoken language of both of them was Bengali. That is why the world knew this nation as Bengali. But later, on the basis of biracialism, Bangladesh was separated from West Bengal in India and given to Pakistan. From there to the bloody war in 1971Bangladesh became independent. And since then, as a sign of one's own distinct ethnicity around the world, a resident of this country or someone related to this country at birth has been called a "Bangladeshi". In this sense, although all Bangladeshis are single Bengalis, not all Bengalis are Bangladeshis and where the word Bengali is associated with more than one country, the word Bangladeshi is associated with only one country (Bangladesh) and that country is a separate ethnicity.

Bengali is the mother tongue of about 99% of the people of Bangladesh. According to Article 3 of the Constitution of Bangladesh, Bangla is the only official language of Bangladesh, namely the state language and the national language. Bangladesh is the only language nation in South Asia and one in the world. According to the Bengali Language Promotion Act, 1987, the use of Bengali language is mandatory in all government functions except foreign relations. , Marma etc.) speak the language. In addition, there are considerable variations in the Bengali language in different regions of Bangladesh. For example, the language of the Chittagong region and the Sylhet region is very different from the standard Bengali. That is why Chatgaiya and Sylheti languages ​​are often considered as separate languages ​​from Bengali.

According to the 21st report of Ethnologue 2017, 41 languages ​​are prevalent in Bangladesh.