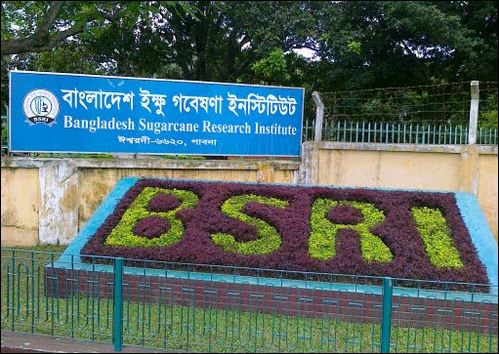 In 1912, a 'Sugarcane Breeding Center' was set up in Coimbatore, British India. A sugarcane field was set up at Monipuri Farm in Dhaka in 1933 to collect sugarcane seeds from the Sugarcane Breeding Center in Coimbatore and select suitable varieties for the Bengal area. After the partition of India in 1951, the Ministry of Agriculture of the Government of East Pakistan set up a "Sugarcane Research Center" at Ishwardi in Pabna district. At that time the activities of the center were only sugarcane breeding and variety selection. Later, the "Food and Agriculture Council" of the Government of Pakistan brought the center under the control of the Central Government for further development of the research center. In 1985, the center was again taken over by the Ministry of Agriculture in the provincial government.

After the independence of Bangladesh in 1973, the center was handed over to the Bangladesh Sugar Mills Company under the Ministry of Industries. The institute formulated a project called "Sugarcane Research Institute" in 1984.

During the 1960-75 Five Year Plan, the Bangladesh Sugar and Food Industries Corporation proposed a project to the Commission to set up 'Staff Training Centers' at Ishwardi and Thakurgaon. During the consideration of the project, the proposed 'Staff Training Center' was approved in association with the Sugarcane Research Institute and the name of the institute was changed to 'Sugarcane Research and Training Institute'.

In 1989, the Cabinet decided to upgrade the Sugarcane Research and Training Institute to a national institution. It was handed over to the Ministry of Agriculture by the Bangladesh Sugar and Food Industries Corporation and was given the responsibility of conducting research on sugarcane as well as dates and other sweet national crops.