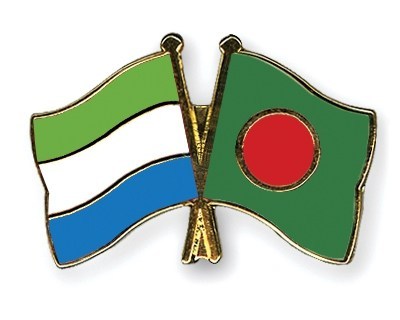 In 2003, the then President of Sierra Leone, Ahmed Tejan Kabbah, paid an official visit to Bangladesh.

The people of Sierra Leone not only welcome the Bangladeshi army, but also do not want to let them go.

Some Bangladeshi NGOs, including BRAC , are working in Sierra Leone on microfinance, agricultural development, etc

Sierra Leone urges Bangladesh to invest in their country, especially in the garment, textile and agricultural sectors. As a result, Bangladeshis started investing there. Only Bengal Agro Ltd, the company was 50 million US dollars investment. The company set up a rubber processing plant there, the first of its kind in West Africa.