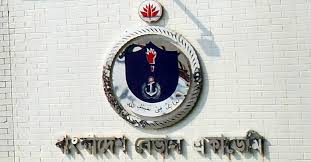 Bangladesh Naval Academy is one of the best military academies in Southeast Asia. Although it was established on the premises of Chittagong Marine Academy in 1986, it was later brought to the BNS Isha Khan base. The Bangladesh Naval Academy has been training Bangladesh Navy cadets here since 197.  Soviet Union sailor Yuri V. Redkin, who was killed during a mine clearance in the War of Independence, is buried here. The Naval Academy was established at Patenga under the leadership of the then Prime Minister Sheikh Mujibur Rahman. On 2nd June 1966, the activities of the Naval Academy started independently and fully at the mouth of the river Kornafuli. Inspired by the motto 'Fight in the way of Allah', the Bangladesh Naval Academy has been training naval officers at home and abroad for the last three decades. In 1997, for the first time, naval cadets from outside the country started training at the Bangladesh Naval Academy. From here until 2018, the friendly state of Palestine, In countries like Maldives and Qatar, about 100 cadets have been commissioned. The Bangladesh Naval Academy was the first in the Armed Forces to provide training for women cadets. The journey started in January 2000 with 16 female cadets. So far, about 100 women cadets have received commissions from the BNA. In recognition of the outstanding achievements of the past few decades, the Hon'ble Prime Minister conferred the National Standard Award on the Academy on 24 December 2003.

The following courses are currently running in Bangladesh Naval Academy:

Bangladesh Naval Academy, one of the leading training centers in the Bangladesh Armed Forces, is committed to the overall development of future commissioned officers of the country's navy. Basically, 4 basic aspects are ensured in BNA training. The trainers of the academy work tirelessly to ensure leadership, physical education, naval education and academic education. There are also computer training, branch rank common courses, language education and junior staff courses for local and foreign naval officers.