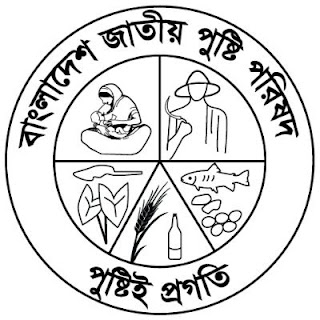 Bangladesh National Nutrition Council (BNNC) is an autonomous government body responsible for planning and formulating the national food and nutrition policy of Bangladesh . The company is located at Mohammadpur police station in Dhaka . The Prime Minister of Bangladesh ex officio presides over this council.

Article 16 (1) of the Constitution of Bangladesh states that improving the nutritional status of the people and improving public health is one of the duties of the state. The Public Health Nutrition Institute was established in 1984 to carry out this duty . Following this , the Bangladesh National Nutrition Council was formed on 23 April 1975 on the basis of an ordinance issued by the then President of Bangladesh Sheikh Mujibur Rahman.

The main function of the Bangladesh National Nutrition Council is to play a role in formulating national food policy and nutrition policy. In addition, the organization regularly prepares reports on the nutritional status of Bangladesh. In addition, they conduct various activities to make people aware of food and nutrition. It even provides growth cards to measure children's weight and keep track of their growth .

The mouthpiece of the council is the South Asian Journal of Nutrition, which is published twice a year.

An executive committee of 35 members manages the council. The chairman of this committee is the Minister of Health and Family Welfare and the vice-chairman is the Minister of State in the same ministry. Besides, there are 19 secretaries, one additional secretary, head of concerned departments including health department, family planning department, BBS. This committee provides advice on nutrition activities, formulates nutrition policies and action plans, and assists in the implementation of nutrition programs in other ministries or departments.

The Bangladesh National Nutrition Council also has a Standing Committee on Nutritionists. The chairman of this committee is an additional secretary of the health services department. The committee also includes several professors from the Institute of Nutrition and Food Science, Department of Biochemistry and Anthropology, University of Dhaka ; Chairman of the Department of Microbiology, Bangabandhu Sheikh Mujib Medical University ; Chairman of the Breastfeeding Foundation and BMDC; Several nutritionists, including the director of the Institute of Public Health Nutrition, Nipsom, Applied Nutrition Research and Training Institute, and the Institute of Food Science and Technology.

There are 50 officers and employees in charge of the official work of the council. They are led by a director general. At present Dr. Md. Khalilur Rahman is holding this post. Under him are 3 directors: director of policy and planning and coordination , director of research, monitoring and evaluation , and director of capacity building and communication . Under them are 6 deputy directors. The Policy and Planning and Coordination Director has two Deputy Directors: one on Policy and Planning and the other on Coordination. The Director of Research, Monitoring and Evaluation has two Deputy Directors: one for Nutrition Research and the other for Monitoring and Evaluation. Capacity building and communicationUnder the director there is a deputy director. And the Deputy Director of Administration and Finance is directly under the Director General. There are 11 assistant directors under them. Of these, one Assistant Director is working under the Deputy Director of Nutrition Research and two Assistant Directors are working under the rest.