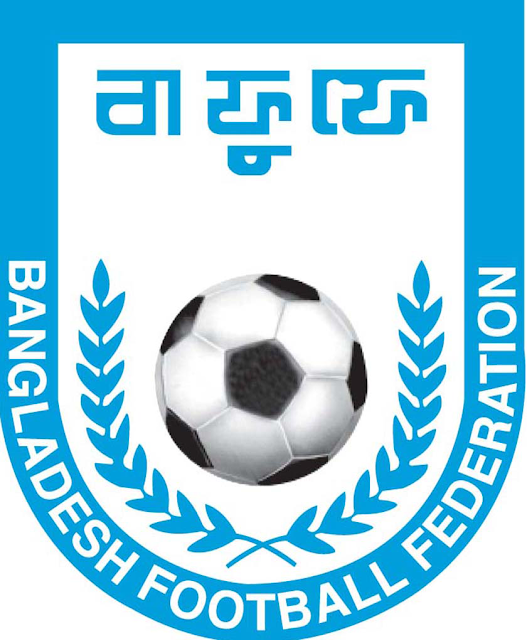 The Bangladesh national football team represents Bangladesh at the international level and is regulated by the Bangladesh Football Federation . It is a member of the AFC . The team has so far failed to qualify for the main draw of the World Cup . They only qualified for the Asian Cup once in 1970, where they were eliminated in the first round. Like other countries in the subcontinent, the game of football in Bangladesh has stagnated due to the popularity of cricket . After independence , the party was founded in 1972 and became a member of FIFA in 1984 .

Although Bangladesh made a good start in the first World Cup qualifiers in 1986 ( victories against Indonesia and Thailand ) they could not hold on. Bangladesh's result in the continental competition Asian Cup is also not satisfactory.

However, under the Vision Asia project, Bangladesh is trying to improve the quality of football. At present some steps are being taken for the development of domestic league and youth football. Everyone thinks that this decision to develop football was made at the right time.

Football is still very popular in Bangladesh. Following in his footsteps, the Bangladesh national football team became the champion of the 2003 South Asian Football Federation Cup (SAF Football). Bangladesh won the tiebreaker against Maldives in the presence of 50,000 supporters . This result has been elusive to Bangladesh for so long. Bangladesh subcontinent defeated India 2-1 in the semifinals. Everyone in Bangladesh hopes that such results will serve as a regulator for their success at the continental level.

Kazi Salauddin is the biggest legendary player of Bangladesh . He played professional football in Hong Kong , the first as a Bangladeshi footballer.

On September 6, 2011, the match between Argentina and Nigeria was played at the Bangabandhu National Stadium . Which was a recent memorable event in Bangladesh football.

In the twentieth century

Bangladesh gained independence from Pakistan in 1971 and the Bangladesh Football Federation was established on 15 July 1972 . On July 26, 1973, Bangladesh faced Thailand in the first official match . The game ended in a 2–2 draw. From July 26 to August 14 , Bangladesh played 13 friendly matches against various Asian teams, drawing three and losing ten. A year later, they played two more friendly matches and lost both.

In 1986, Bangladesh lost two friendly matches against India and Malaysia . In January 1989, they qualified for the 1970 AFC Asian Cup. They drew the first two games with Qatar and Afghanistan . However, they lost the second match against Qatar 4-0. However, Bangladesh got a chance to participate in the Asian Cup by winning the second match against Afghanistan 4-1. This was the first victory in the history of Bangladesh national football team. Bangladesh took part in four friendly matches in preparation for the Asian Cup. They lost three and won one.

The AFC Asian Cup was held in Kuwait in September 1980, with Bangladesh competing in the group stage with former champions Iran , North Korea , Syria and China . But Bangladesh lost 3-2 against North Korea, 1-0 against Syria, 6-0 against Iran and 6-0 against China. And at the bottom of the points list there is a gap of 15 goals. This was the only major competition of the Bangladesh national football team.

After playing no matches for almost a year and a half , they played four matches in Karachi, Pakistan in 1962, losing three and drawing one. The next 5 friendly matches were won in 2 and lost in 3. In 1984, in their 10-year career, they won only 4.

The 1974 AFC Asian Cup qualifiers were held in August. Bangladesh's opponents in the group stage were Iran , Syria , Thailand , Indonesia and the Philippines . In this event, Bangladesh won 3-2 against the Philippines but lost all the other matches.

A month later, they played friendly matches against Nepal and the Maldives , winning both of them 5-0. But two days later, in another match against Nepal, they lost 4-2.

In 1985, the Bangladesh national football team went to play in the qualifiers for the FIFA World Cup for the first time. The group included India , Indonesia and Thailand . They are at the bottom of the points table with 4 defeats and 2 wins in 6 matches.

They played six matches from 1989 to 1991 before failing to qualify for the Asian Cup again. Winning 3, drawing 1 and losing 4.

In 1995, the Bangladesh national football team won a silver medal in the South Asian Games. In the final, they lost to host India. But in the 1998 World Cup qualifiers, they came back to normal. They even lost to Chinese Taipei.

The fortunes of their game in South Asia improved in the 1999 SAF Gold Cup , when they reached the final again. But lost to India and won the silver medal. But the South Asian Cup of the same year was held in Kathmandu , and they finally won the final and won the gold medal. However, they failed to continue this trend of success in the 2000 Asian Cup. In the first match, they lost 6-0 to Uzbekistan .

A historic moment for the Bangladesh national football team took place on January 12, 2001, when they first played a match against Bosnia against a team from outside Asia .

Bangladesh defeated Pakistan 3-0 in the 2014 World Cup qualifiers on June 29, 2011 at Bangabandhu National Stadium , Dhaka . Later, Bangladesh national football team went to play at Lahore Stadium , Pakistan on 3rd July 2011. There they drew goalless against Pakistan. With this they passed the second round to Lebanon Against. The first match was played at Camille Chamoun Sports City Stadium, Beirut on July 23, 2011. There they lost 4-0. The second match was played at Bangabandhu National Stadium, Dhaka. Although Bangladesh won 2-0, Bangladesh was eliminated from the qualifying round. Bangladesh could not reach the semi-finals of the 2011 SAFF Championship after drawing with Pakistan and losing to Nepal and Maldives. In 2012, Bangladesh played 3 international friendly matches. The draw between Nepal and Maldives includes a 5-0 defeat against Ebenf Thailand.

Bangladesh hosted the Bangabandhu Gold Cup in 2015. Six teams from Asia participated in the Bangabandhu Gold Cup held in 2015 and this competition was officially recognized by FIFA. In this competition, Bangladesh reached the final and the opponent was Malaysia . Malaysia won 3-2. The Malaysian captain scored two remarkable goals in the first half. Bangladesh returned to the game in the second half and quickly equalized with two goals. The match was controlled by the Bangladeshi Tigers. But in the last 93.45 minutes of the game, Malaysia took the cup by scoring a goal from a controversial corner.

Bangladesh played 3 warm-up matches ahead of the 2018 World Cup qualifiers , with 1 loss and 2 draws. Despite losing 2-1 to Singapore , they drew 1-1 with Afghanistan and drew 0-0 with Malaysia.

However, the World Cup qualifiers were not pleasant for Bangladesh. With only 1 point in eight matches ( draw with Tajikistan ), they finished the qualifying round from the bottom of the table.

They also lost to Tajikistan in the Asia Cup qualifiers. Later, they lost to Bhutan in the play-off match and lost the qualification to play in the Asia Cup. This rate is mentioned as a black chapter in the history of Bangladesh football. As a result of this rate, there is no game other than a friendly match before the next qualifying round. However, this time Andrew Ward was appointed to watch the age-based and national team. After his departure, in May 2016, Jamie DK was appointed as the coach.