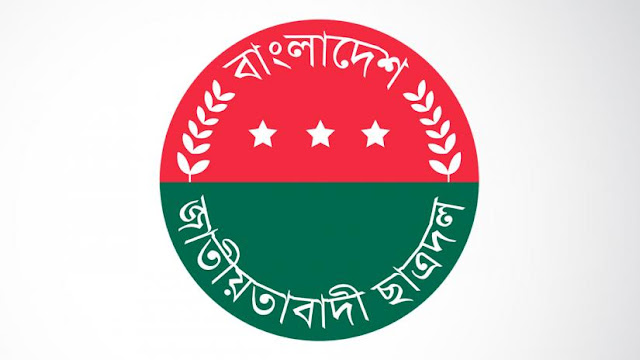 When Ziaur Rahman founded the BNP, he felt the need to establish a student organization to build its future leadership. So he established this organization centrally on January 1, 1989. Many young people were inspired by Zia's popularity at that time and joined the nationalist student party.

Kazi Asad convened the Dhaka University and the first committee of the Chhatra Dal was formed on that day. Ziaur Rahman founded the Bangladesh Nationalist Party in 1978.

The first president of Chhatra Dal was Enamul Karim Shaheed and the next convener and president was Golam Sarwar Milon. Both of them came from Bhasani NAP's student organization Jatiya Chhatra Dal.

Moin Hossain Raju, the central leader of the Bangladesh Chhatra Union , who led the procession, was killed on March 13, 1992 during the anti-terror procession of the Democratic Student Unity . An anti- terror Raju memorial sculpture was erected in memory of all the victims of the anti-terror movement including Raju .

On June 8, 2002, Sabekun Nahar Soni, a Level 2, Term 2 student of Chemical Engineering Department (99 Batch) was shot dead by two groups of students in a dispute over a tender.