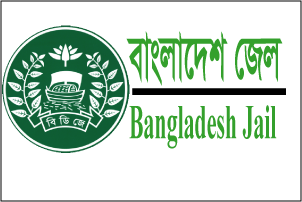 Bangladesh Jail is an institution under the Ministry of Home Affairs for the correction of citizens involved in crime in Bangladesh. It started its first journey in 18. There are currently 13 central jails and 55 district jails under Bangladesh Jail . The capacity of prisons in Bangladesh is 36,614, but as of April 19, 2016, there were a total of 69,061 inmates.

Prisons are institutions for the correction and training of prisoners in modern civilization and for building them as members of a civilized society. People can get involved in crime for various reasons. It is the responsibility of the Bangladesh Prisons Department to punish him according to the law as well as to correct him.

It is known that during the reign of King Ashoka of India, a prisoner sentenced to death was kept in a cell for three days. The existence of such prisons was under zamindari management With the advent of the East India Company in the subcontinent , a new form of prison management began to emerge. In 1817, the Bengal Rules were issued to detain political prisoners Dhaka , Rajshahi , Mymensingh (1893), Jessore , Comilla and several district and subdivision prisons of present day Bangladesh were built at that time. However, with the construction of a criminal ward in 18, the work of Dhaka Jail started In 184 an integrated program was established among all prison management through the introduction of the Code of Rules. Bakura for teenagers in April 1926(India) The first Borstal Institute was established In 1929, in undivided Bengal, the Presidency of Calcutta , Alipur, Medinipur, Dhaka and Rajshahi were declared as Central Jails. After independence in 1971, Bangladesh Jail (BDJ) started its journey with 4 central jails, 13 district jails and 43 sub-jails. Sub-jails were later converted into district jails in 1996 due to an increase in the number of inmates. At present Bangladesh Jail is functioning with 13 central jails and 55 district jails.

Keep it safe, show the way of light .