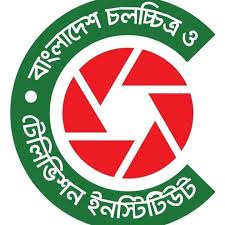 The Bangladesh Film and Television Institute ( BCTI ) is a government institution in Bangladesh dedicated to assisting and advising the government in directing, managing and controlling the activities of skilled and qualified producers and crew in the production of film and television programs.  The company is located in the Darussalam area of ​​Dhaka and is controlled by the Ministry of Information .The institute was established in 2013 with the aim of efficiently conducting research and development activities related to film and television and creating skilled and experienced human resources at the national level.

Provide technical training in film and television broadcasting; Organizing seminars, symposiums, workshops; Honoring those concerned; The Bangladesh Film Television Institute Act, 2013 was passed in the Bangladesh Parliament as Act No. 23 of 2013 for awarding diplomas, bachelor's degrees and conducting research in this regard. Effective from date.The amended law was passed in the Parliament on 11 July 2019 under the title 'Bangladesh Film and Television Institute (Amendment) Bill-2019' by amending some sections of the Act.

This relatively new institution has not yet shifted to its own ideas; It is currently located on the fourth and fifth floors of the National Media Institute at Darussalam Rope, Kalyanpur, Dhaka . According to stakeholders, plans to build a self-contained infrastructure for the company will be taken up as soon as possible.

The aim and purpose of the

The goals and objectives of this organization are stated as

To conduct research activities in other related fields including providing degree and technical training on related subjects for the creation of skilled and qualified producers and crew in the production of film and television programs.

The institute offers diploma courses in various subjects at RAIF; The establishment also has its own research journal known as "Bangladesh Film and Television Institute Magazine".