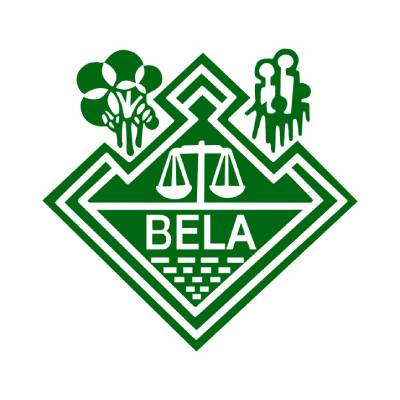 Lawyer Mr. Mohiuddin Farooq founded Bella in 1992 and he was its founding executive from the beginning. From the very beginning, it was monitored to ensure the proper implementation of the existing environmental laws in the country. As well as the awareness campaign continues during the day. Through all these activities, Bella's main goal was to ensure 'environmental justice' at all levels of society. Bella makes a significant contribution to establishing linkages and joint efforts between government and non-government organizations to implement this goal.

Under the able leadership of Mohiuddin Farooq, another lawyer, Syeda Rizwana Hasan, took over the responsibility of making up for the stagnation that had been going on since the death of Mohiuddin Farooq in 1996 .  Under her leadership, Bella's renaissance now represents Bella as a significant environmental aid.

During the mayoral election of Dhaka City Corporation in 1994, the candidates were campaigning in old Dhaka unjustly violating the environmental law of 180 AD. Syeda Rizwana Hasan , one of the members of Bela, filed a case in the court in the public interest through Bela. The court ruled that the act was against the public interest. Since then, the Election Commission of Bangladesh has taken steps to stop such activities as a threat to the environment during the election campaign.

Bella, holding Rizwana's hand, begins to fight against the traders who have brought environmental disaster through the ship-breaking industry. On behalf of Bella, Rizwana first filed a lawsuit against the shipwrecked yards in 2003 due to insecurity in the working environment of the workers, unhealthy health of the workers, and excessive emissions from the industry. After that, three more cases have been filed to stop the entry of toxic cargo ships into Bangladesh. In March 2003, a court ruled that ships could not be decommissioned without an "environmental clearance".  This was another significant achievement of Bella's.

Rizwana's leadership has also taken legal action to protect the environment in areas where housing is being filled, water is being used, polythene is being cut down, deforestation is being done, shrimp farms are being set up, illegal structures are being set up on St. Martin's Island, etc. Bella also fights legally against disasters such as transport pollution, industrial pollution, river pollution, water conservation, salinity caused by commercial shrimp production.  a day, 006 AD Tengratila collision center Niko against the lawsuit said.

Most recently (2010) a full-time cell was opened in Bella's office to receive legal complaints about the environment.

Bela has a library in its Dhanmondi office in Dhaka under the supervision of a trained librarian. The library has more than 4000 books, journals, reports, important mimeographs of national and international importance. In addition, since 1993, environmental paper papers have been published in various newspapers and collected in 16 subdivisions. The library has an open reading room, and the library is open to all.

He has published several books on environmental conservation and legal initiatives and assistance at different times. Notable among these are:

In addition, Bela regularly publishes two weekly magazines called "BELA Newsletter" in English and "Bela Barta" in Bengali, which analyzes the latest activities and developments in the field of environment .