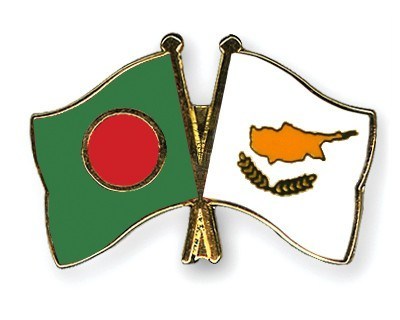 Cyprus is surrounded by Israel , Lebanon , Syria , Turkey and Greece . Cyprus became a member of the European Union in 2004. Its area is 9,251 sq km. The country is a paradise for European tourists. The two parts of the island are Turkish Cyprus and Greek Cyprus. The total population is about 11 lakhs.

Bangladesh and Cyprus have been cooperating with each other in the field of education. Several Bangladeshi students were admitted to Cypriot universities to enter the European job market.

There is a huge potential for sending skilled manpower from Bangladesh to Cyprus and also for trade and investment. Although Cyprus, a small island nation in the European Union, is a small market for Bangladesh in terms of population and size, it is very important in terms of location. Bangladesh and Cyprus have shown interest in expanding existing bilateral economic activities between the two countries and are working on this.  Bangladeshi-made garments, medicines, leather and leather products have been identified as 'good prospects' in the Cypriot market.

Abdul Motaleb Sarkar was the Ambassador of Bangladesh to Lebanon. He also serves as Ambassador to Cyprus. In recent years, he has held several meetings with ministers, including the President of Cyprus. In this way, he has changed Cyprus's idea about Bangladesh a lot. They said, we want to invest in Bangladesh. Some Cypriot ministers have also responded positively to expanding their trade and investment with Bangladesh.