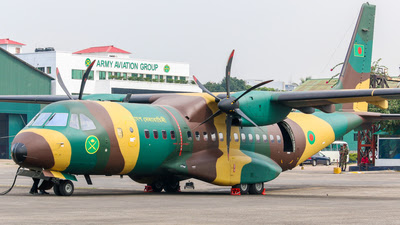 At present Army Aviation has a manpower of 204 including 30+ pilots. Members of any corps of Bangladesh Army can join this unit through necessary qualifications and proper training. Under the Forces Goal 2030 , the Army Aviation Group, like all other forces and units, is undergoing modernization and expansion. This includes Army Aviation , modern aircraft and helicopters such as Eurocopter AS365 , MI-161SH and Casa C295 . Six Diamond DA40 training aircraft have recently been procured from Austria , four of which have already arrived in the country.

Modernization plans for the future