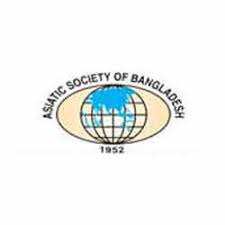 On 15 January 184 , then Calcutta High Court Judge Sir William Jones established an organization called The Asiatic Society to study the people and nature of Asia . He envisioned the establishment of an association to conduct systematic research on Asia in general and South Asia in particular, and Jones' proposal to establish a regular body for the study of Oriental Studies received strong support from other Fort William colleagues. 1784 On January 15Thirty like-minded European personalities met in a meeting of the Grand Jury of the Calcutta Supreme Court and accepted Jones' proposal to establish an Asiatic Society. The organization was named The Asiatic Society and was elected the first president of William Jones.

The organization is registered with the NGO Bureau of the Government of the People's Republic of Bangladesh and under the Social Law in 184 AD . As a reputed organization in Bangladesh, it is governed by an 18-member council, which is elected by the members. The term of this council is 2 years. The General Secretary and the Editor-General manage the day-to-day affairs, but the Council plays a role in any policy-making decision. The council meets once a month. All staff in the office and members of the council acted against the honor.

This article is incomplete .

Email ThisBlogThis!Share to TwitterShare to FacebookShare to Pinterest
Labels: Asiatic Society of Bangladesh