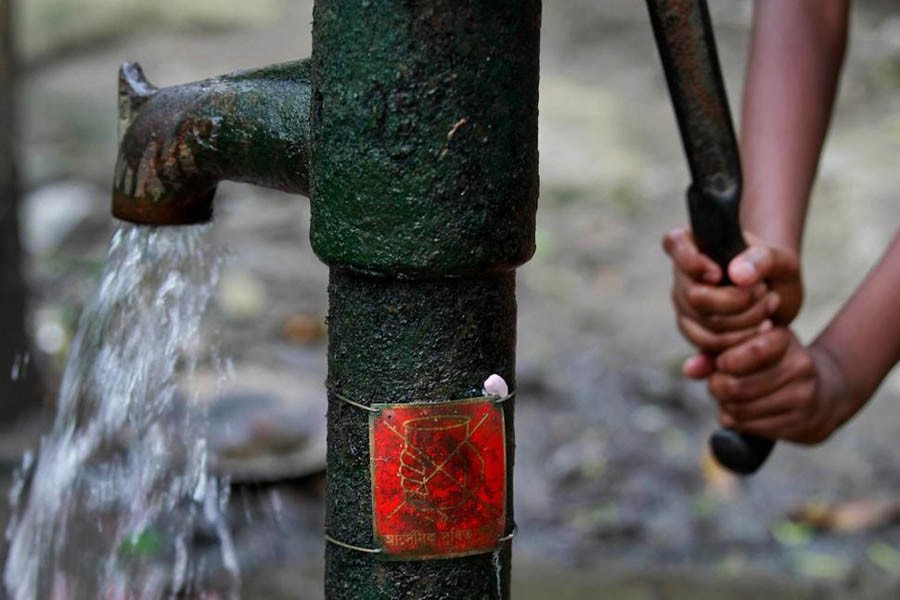 Arsenic is basically a chemical element. There is always a small amount of arsenic in the water. However, whenever this level becomes higher than normal, it produces symptoms of various diseases in the body of the drinker and later leads to the development of all those diseases to a serious stage.

From all over the world, there are about 20 cases of arsenic contamination in groundwater. In the meantime, four serious incidents have been found in Asia . These include parts of Thailand and Taiwan, as well as mainland China . Arsenic contamination has also been identified in the South American countries of Argentina and Chile . The United States in various areas, underground water, hisabanusare 001 AD, the United states the Environmental Protection Agency 's level (10 parts per billion) of arsenic have been found in higher levels. US SuperfundCreated financing of the recent film In Some Doses According to 10 million in the levels of arsenic in wells remains unknown, and in some areas of the United States, more than 0%, well over the safe level of arsenic may have. A 2008 study estimated that more than 136 million people in more than 70 countries were exposed to arsenic contamination in drinking water.  However, this global catastrophe has been surpassed by arsenic contamination in the Gangetic valley . This pollution has further increased due to the recent increase in groundwater abstraction.

Dipankar Chakraborty of West Bengal ( India ) was the first to raise the issue of disaster at the international level in 1995.He began his research in West Bengal in 1986, and later published them. In 2000, he conducted a study in Bangladesh , where he collected thousands of samples of water, infected human nails, hair and urine. The study found that 900 villagers had higher levels of arsenic in their bodies than the government.

Details of the problem

In Bangladesh, the presence of arsenic was first discovered in 1993 in the groundwater of Baragharia Union in Chapainawabganj district . Then, in 2001, the British Geological Survey tested tube well water in 61 districts of Bangladesh and found that 42% of tube well water contained arsenic in levels higher than the World Health Organization standard (25% more than tube well water in Bangladesh).  It is gaining momentum day by day.

According to researchers, arsenic poisoning can lead to cancer of the liver , skin , kidneys , lungs and heart . Arsenic has already caused (2010) outbreaks of various diseases in the limbs of different people. Many have even had their fingers and toes amputated to prevent the spread of the disease.

According to the Asia Arsenic Network, Jessore, the number of people infected with arsenic in Jessore district is about 3,000. The highest incidence is in Saharsa (550 people), Chougachha (950 people) and Jhikargacha of the district. Even in some villages of the upazilas about 80% of the people are affected.

When the arsenic outbreak in Bangladesh was first discovered in 1993, many thought that the use of fertilizers, pesticides, industrial waste disposal, rural electrification board poles (treated by arsenic compounds) were the root cause of the problem. Researchers then conducted various surveys and research activities at different times. These studies show that pollution from such a wide area is very unlikely to come from these sources. The 'Dhaka Declaration', unanimously adopted at the International Conference held in Dhaka in February 1997, stated that the cause of arsenic contamination was geological.

A research team from Jadavpur University in West Bengal, India, proposed the first theory about geologically generated pollution . According to this theory, arsenic pyrite in the aquifer is being oxidized and arsenic is being added to the groundwater as a result of oxygen entering the groundwater due to excessive groundwater extraction . Subsequent scientific studies have found no evidence to support this theory.  Bangladesh and the United KingdomA joint research team presented an alternative theory. According to them, the process is related to the sedimentation process of delta sediments and riverine sediment plains. Arsenic-rich sediments from various sources accumulate in the delta and sedimentary plains, where the carrier of arsenic is mainly a monic mineral called iron oxyhydroxide. The subsequent extraction of oxygen by the organic matter stored with the sediment results in degradation of the aquifer. During this process, arsenic and iron, absorbed into iron oxyhydroxide, are released into the groundwater in a liquid state. This theory is currently more acceptable due to its more scientific basis.

According to the World Bank's Harvard Action Plan-1966, carcasses or ashes of all animals, including humans , are dumped in Indian rivers following Hindu scriptures. Because of the huge flow of rivers that flow through Bangladesh and merge into the Bay of Bengal , the flow of arsenic poison will not be able to reach the Bay of Bengal due to the obstruction caused by the Farakka Dam . As a result, by 2002, arsenic poisoning was forced into every tube well in the lowlands.

Due to the increase in the incidence of arsenic, many people from different upazilas of Jessore district have left their villages in search of survival. At least 50 people have died of arsenic in Kayarpara and Chougachha in Jessore , and at least 20 families have fled the area (2010).

The Government of Bangladesh has taken initiatives to provide safe water to the affected areas of the country at different times. In the 2006-07 fiscal year, 17 projects were in the public and private initiatives.

For now, prevention is the most effective way to get rid of arsenic poisoning. At the individual level, the tasks are:

Drink arsenic-contaminated tube well water and do not use it for cooking.

If arsenic-free tube is not available nearby, mix half a teaspoon of alum in 1 jug of water from a pond or river and leave it for 2-3 hours, then drink clean water without sediment from above.

Since rainwater is arsenic free, it should be collected and stored in a clean container 5 minutes after the onset of rain.

Water should be used arsenic free through purification-capable filters through PSF.

In Bangladesh, there is an easily available and affordable method of releasing arsenic from arsenic-contaminated water, called the "three pitcher method" . For this, one has to place the other on one of the three pitchers. In the upper pitcher are placed iron particles and coarse-grained sand; The middle pitcher should be placed with charcoal and fine grain sand and the bottom pitcher should be empty. Arsenic-laden water should be brought and poured into the uppermost container, which will gradually become clean, pure and arsenic-free and will be deposited in the lowest pitcher. This method can bring arsenic levels down to at least 50 ppb (50% in 1 billion).