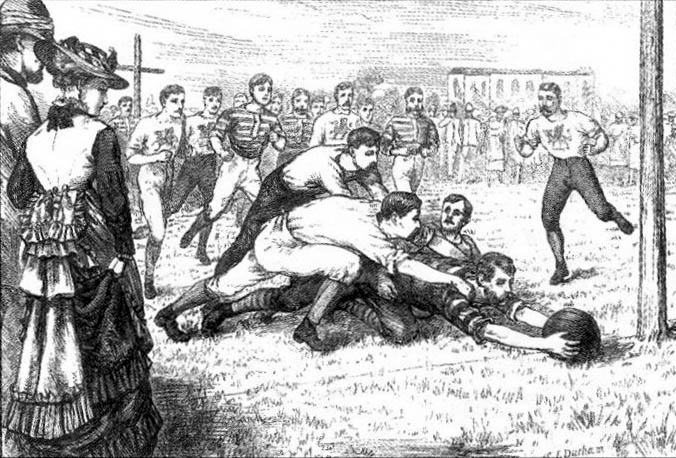 Although rugby union is an unconventional sport in Bangladesh, it is one of the fastest growing sports in the country.

Like other sports including cricket, rugby originated in England and was introduced to the subcontinent during the British Raj as a sport . Rugby has a long history in Bengal. Although there is no continuity in the history of rugby in Bangladesh, the history of this game can be traced back to the time of the Bengali Presidency . At that time East Bengal (now Bangladesh) and West Bengal (now India) were politically intact. Rugby became especially popular in Calcutta, the capital of Bengal at that time. The earliest traces of rugby football in the subcontinent were found in 181, when HMS Galatia played two scratch matches in Kolkata and Madras during a tour of the subcontinent. The goal post made of teak wood used in the Kolkata match was later made by Kolkata Cricket and Football Club Used until 18. The first recorded match was played on Christmas 162, at the CFC in Calcutta, between the combined teams of England and Scotland, Ireland and Wales. The game was quite successful and was re-held within a week. This is why the Kolkata Cup is the oldest trophy in international rugby .

Several Bengali aristocrats sent their children to English private schools and they started playing the game there.

However, due to the climate of the region, sports like cricket, polo and tennis became popular, while the popularity of rugby declined in the region.

The Board of Directors

Email ThisBlogThis!Share to TwitterShare to FacebookShare to Pinterest
Labels: Rugby union in Bangladesh