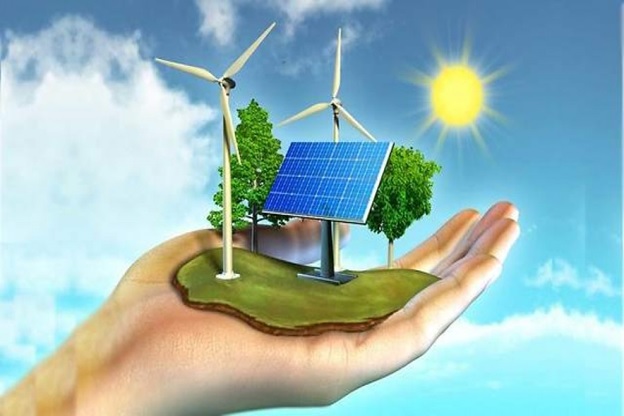 The main difference between fossil fuels and renewable energy is the renewability of the energy source, i.e. the source to be used so that it is not easily depleted. Fossil fuels are easily depleted with the use of various sources such as natural gas, coal, mineral oil, etc. On the other hand, renewable energy sources such as solar energy, wind energy, hydropower, etc. are not easily depleted with the use. The Renewable Energy Policy came into effect on 16 December 2007 to ensure the use and development of renewable energy in Bangladesh . Sustainable and Renewable Energy Development Authority - Sreda Act-2012 The Government of Bangladesh has identified solar energy, wind energy, hydropower, biomass, biofuel, geothermal, river currents, ocean waves, etc. as sources of renewable energy. Under this program, the Government of Bangladesh has set a target of generating 10 percent of the energy used in Bangladesh's power sector from renewable energy by 2020.

The first use of electricity in Bangladesh started from the beginning of the twentieth century. From 1901 onwards, electric lights were started on the streets of Dhaka with the financial support of the then Nawab of Dhaka. Although the history of electricity use is old, the renewable energy policy was implemented in the 21st century, 100 years after the introduction of electricity.   However, the construction of the Karnafuli Hydropower Plant , currently the most productive renewable energy source in Bangladesh, began in the 1960s.  which reached its full potential in the nineties of the twentieth century.

The only hydroelectric power plant in Bangladesh is the Karnafuli Hydroelectric Power Station.

Kaptai Dam was constructed in Kaptai upazila of Rangamati district of Chittagong division . The government of Pakistan started construction of Kaptai Dam in 1958 with US funding. Its construction was completed in 1982. A 645 feet long waterway or spillway with 16 water gates has been placed next to the dam. This spillway can emit 5 lakh 25 thousand cusec feet of water per second. The Kaptai Dam inundated 54,000 acres of agricultural land, which is 40 percent of the total agricultural land in the area, resulting in the creation of Kaptai Lake.. After its completion in 1982, two 40 MW generators were installed in it. Unit No. 3 with a capacity of 50 MW was started in 1989. The work of Unit No. 3 was completed in 1982. The work of 4th and 5th units was completed in 1986. At present there are five units in operation with a total generating capacity of 230 MW.

Kaptai Karnafuli Hydroelectric Power Plant is the only power plant in Bangladesh where it costs less than 25 paise per unit to generate electricity as no other fuel is used except water flow. The Karnafuli Hydropower Station was declared as the National Best Power Station of 2015, which was a recognition of maximum and uninterrupted power generation.

Electricity is generated by turning the turbine of the generator using the wind speed. In this case, when the wind passes through the blades of the turbine, the kinetic energy of the wind rotates those blades. And the rotor is connected to those blades which are activated by the rotation of the blades. This rotor is connected to a generator whose rotation generates electricity.

Bangladesh Solar Power Project Six companies are currently making solar panels in Bangladesh. So this technology is now readily available. So many villagers use solar power to meet their needs. Most of the solar power projects in Bangladesh are not connected to the national grid. Of the 211.46 MW of solar power generated by 2016, 201.4 MW is off the national grid. This includes 45 lakh solar home systems with a capacity of about 16.6 MW. There are also about 500 solar pumps that are using 6.43 MW of solar power. Infrastructure Development Company Ltd. plans to install 1550 solar irrigation pumps in Bangladesh by 2018.

Email ThisBlogThis!Share to TwitterShare to FacebookShare to Pinterest
Labels: Renewable Energy in Bangladesh