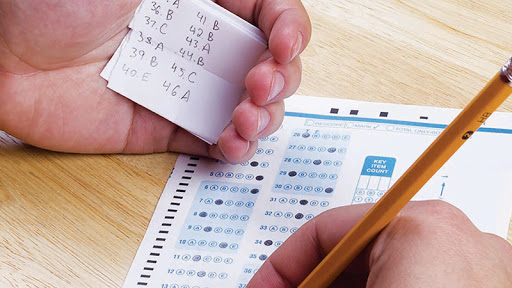 Despite multiple reports that questions were leaked in all the government exams held in 2014, this claim has always been rejected by the government. Shortly after the Education Minister  Nurul Islam Nahid question phase public examination question paper leak culprits soon identified the perpetrators will be taken against them, he said.  Although the date of the exam was changed when the English question of Dhaka Board was leaked during the 2014 Higher Secondary Examination, no such action was taken even after the leaking of questions of other examinations.

Since then, the questions of all the public examinations have been leaked more or less. Similar comments have been received from the government in this regard from time to time. Sometimes this claim is completely denied  and sometimes it is commented that questions are being leaked at a lower rate than before.  Education Minister Nurul Islam Nahid also accused teachers of being involved in leaking questions.

There were serious allegations of leaking the questions of the 2015 medical and dental admission test. A public inquiry committee was formed in the wake of intense agitation in this regard. The committee later reported that the allegations of leaking medical and dental admission test questions in the 2015-16 session were true and recommended a new admission test. A group of students campaigned for re-examination against questioning, but the movement was not successful. According to the recommendation of the inquiry committee, no new examination has been taken but the movement of the students has been termed as unreasonable by the government.  In 2016, it was alleged that the question of the D unit of Dhaka University was leaked.This question, which was leaked the night before the exam, intensified the criticism when the admission test for the undergraduate (honors) class was taken. However, the Dhaka University authorities have denied the incident.

The country's academics have taken a vocal stand against leaking questions from the beginning. Educationist Professor Muhammad Zafar Iqbal held a sit-in at the Shaheed Minar in protest of the 2014 question leak .Several prominent figures, including Syed Abul Maqsood , actively participated in the student movement against the leaking of 2015 medical and dental exam questions . Various academics have met more than once with the government to address the issue.

There have also been incidents of the government shutting down the internet and social media more than once to stop leaking questions on the internet. But even then the question could not be stopped.

Punishment for leaking, publishing or distributing question papers is punishable by a minimum of 3 years and a maximum of 10 years imprisonment. Section 4 of the Public Examination (Crime) Act, 1980 and the Amendment 1992 provides for this punishment.  There have been instances of different people being arrested at different times for leaking questions.  RAB arrested a tax official while trying to leak questions for the 2016 medical and dental admission test. However, no convict has been convicted so far.