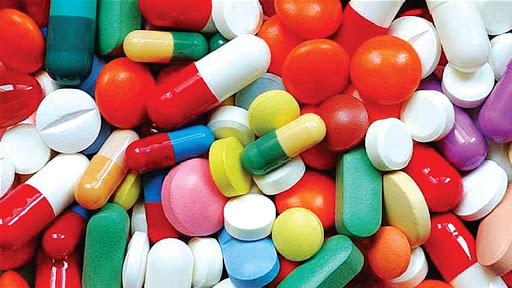 At present, the domestic market of the pharmaceutical industry in Bangladesh is over Tk 13,000 crore and the international market is over Tk 650 crore. The growth rate in this sector is above 9 percent. At present, there are 750 government- listed small and large pharmaceutical factories and 279 non-governmental organizations manufacturing allopathic medicines in different parts of the country, which have been exporting medicines to more than 180 countries of the world, meeting 98 percent of the country's demand.

The country is now producing drugs and raw materials worth about Rs 25,000 crore a year, and the industry has created employment for about two lakh people. After the success of the garment industry, Bangladesh sees the pharmaceutical industry as one of the major export products. In the midst of various adversities, the industry is being able to acquire similar capabilities in the manufacture of medicines in the field of agriculture as well as in the field of human medicine .

In the past , Bangladesh's domestic demand was met by importing large quantities of medicines from abroad . At present, Bangladesh is at the top of the list of 47 underdeveloped countries in the world in terms of pharmaceutical production.

Although the journey of the pharmaceutical industry in Bangladesh started in the early fifties , Bangladesh started producing medicines shortly after the independence of 1971 . At that time this industry was not so developed. Initially, Bangladesh was able to produce only 20 percent of the total demand, and 80 percent depended on foreign imports, especially from West Pakistan . During the acute drug crisis, multinational companies initially showed reluctance to sell drugs in newly independent Bangladesh on various pretexts. The Eastern Europe, the Hungarian pharmaceuticals company igisa , geidena , Richter , Kieron and medimpesa product exchange (jute and other raw materials) are willing to supply the drugs.

Until 1981, about 80 per cent of the country's market was monopolized by international companies. After the enactment of the Drug Control Ordinance in 1982, the domestic pharmaceutical industry was freed from the monopoly of foreign pharmaceutical companies and the market began to expand slowly.

A few days ago, the drug product Beximco Pharmaceuticals Ltd, heart disease resistant karbhidilola in the United States entering the market was approved.

According to the Bangladesh Pharmaceutical Industry Association , at present there are more than 269 small and large pharmaceutical factories in different parts of the country, out of which 164 factories are producing drugs regularly.

According to the Department of Drug Administration , a total of 269 non-government organizations manufacturing allopathic medicines under various names produce 24,000 types of medicines and raw materials of medicines worth Tk 12,585 crore annually. The number of generic medicines (allopathic, unani , ayurvedic and homeopathic ) manufactured and marketed by the government by importing technology and raw materials from abroad is one thousand two hundred. About 900 local companies are preparing these medicines using about 25,000 names (brand names).

The following is a list of the current number of generic drug companies and the number of drugs produced:

The following is a list of factories located in different parts of Bangladesh:

According to the data, the top 10 companies in the country produce 45% of the total drugs. Below are the names of some domestic companies, quantity of drugs produced and number of countries exported:

At present, there is a huge demand for Bangladeshi medicines in both domestic and international markets.

In 2014, the domestic market for medicines in Bangladesh was around Tk 12,000 crore, now it has exceeded Tk 13,000 crore. According to the Drug Association, there are about 3 lakh drug stores across the country. Apart from Mitford in Dhaka, the capital of Bangladesh, there are five other big drug markets in Khulna, Rajshahi , Comilla , Laxmipur and Hathazari in Chittagong .

The following list shows the amount of drugs sold in the domestic market each year:

According to international statistics, the annual cost of medicine in the world is now 95.6 billion dollars. Beximco Pharmaceuticals Limited is the first pharmaceutical exporter. In 1992, the company exported raw materials for the manufacture of penicillin to Iran , Hong Kong , Vietnam and South Korea , and the following year exported 18 drugs to the Russian market, including the paracetamol group Napa .

According to the Export Promotion Bureau , about 300 types of medicines from 47 companies are currently being supplied to 180 countries around the world.

According to the data, between 2011 and 2015, foreign export earnings from the pharmaceutical sector have almost doubled in the last five years.

Bangladesh Export Promotion Bureau (EPB) statistics , according to the list of drugs each year, the amount of exports and export earnings of the country are:

As a result of this ordinance, the pharmaceutical industry of Bangladesh, like the free economy, is also open, and the same medicine for the same disease can be produced and marketed by different companies under different names. Where, if consumers do not like the medicine of one company, they can use the same quality medicine of any other company.

In November 2001, at a ministerial conference of the World Health Organization in Doha , Qatar , 49 Least Developed Countries (LDCs) were granted the right to produce and market any drug until January 1, 2017, with intellectual property rights. Later his term was extended to 18 years till 2033. As a result of this concession, the door of export to the pharmaceutical industry of Bangladesh was opened.

In 2006, the Executive Committee of the National Economic Council (ECNEC) approved a project to set up an Active Pharmaceutical Ingredient (API) for the pharmaceutical industry on 200 acres of land in Gazaria , Munshiganj, Baushia and Laxmipur mouzas adjacent to the Dhaka-Chittagong highway . Domestic pharmaceutical companies in their expansion of business activities, the creation of a competitive market to catch up with product diversity and improve product quality research is the main purpose of this park. Also the raw materials that are used in the production of medicines Requirements and raw materials that are imported from abroad, to be produced in the country within the next 10 years and to reduce or stop the import of raw materials significantly. As a result, about one thousand crore rupees will be saved annually.

The 42-plot park will set up industries for the production of various raw materials for the pharmaceutical industry, which will directly create employment for about 25,000 people. The project was supposed to be completed in December 2010 , but due to various complications and adversities, the duration of the project was extended to 2015. But it was not possible to implement it even at the end of 2016.

Email ThisBlogThis!Share to TwitterShare to FacebookShare to Pinterest
Labels: Pharmaceutical industry in Bangladesh