Persecution of Biharis in Bangladesh 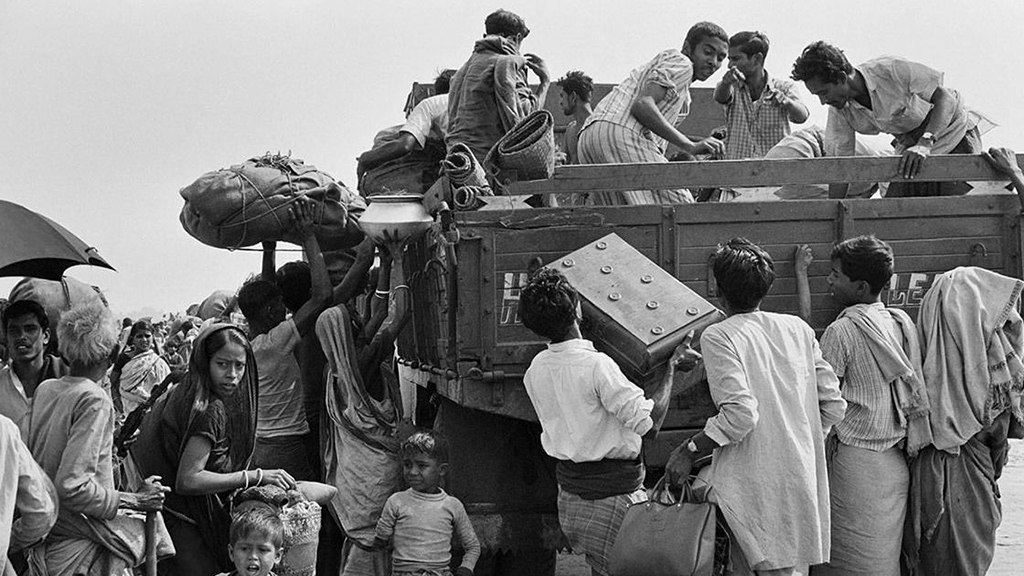 Bihari persecution is a controversial phenomenon in Bangladesh . After the formation of the state of Pakistan in 1947, a large number of local Urdu-speaking Muslims from the Bihar region of India came to the then eastern province of East Pakistan (now Bangladesh ). These are generally called Biharis . According to a survey conducted by the then government of Pakistan in the last decade of the Jats, the number of Urdu-speaking Biharis in East Pakistan is 2 million. East Pakistan was the Bengali language of the local people. There were also cultural differences. As a result, the arrival of these lakhs of people was like a stranger to the Bengalis of East Pakistan.  In 1971A large section of Biharis supported the Pakistani military in the war of independence of Bangladesh and took an active part in killing freedom fighters and ordinary Bengalis. They participated in looting, rape and intellectual murder . As a result, a kind of hostile relationship was created between Bengalis and Biharis. As a result, Bihari oppression has taken place in independent Bangladesh through Bengalis at different times.

In 1972, the Supreme Court of Bangladesh ruled that Biharis were eligible for Bangladeshi citizenship, but 500,000 chose to return to Pakistan.Some repatriations were implemented through the Red Cross for several years, but in 1968 the Pakistani government disqualified the rest of Bangladesh from acquiring Pakistani citizenship.

According to the 1951 census, there were 6,100 Biharis in East Pakistan; In 1971, the Bihari population reached 450,000. According to detailed estimates, about 1.5 million Muslims migrated from West Bengal and Bihar to East Bengal in the two decades following the partition of 1947. Partition displaced up to 12.5 million people, leaving millions of Muslims and Hindus in the Autonomous Region of Pakistan and India, respectively, and Hindus migrating from present-day Pakistan to India.

What is cited as the cause of communal atrocities among Biharis and Bengalis is the opposition of Bengalis to Urdu as the state language, which resulted in the Bengali language movement. The relatively secular attitude of East Pakistan and the religion-based politics of West Pakistan increased the tension between the two communities and the two regions of the country. In the 1970 general election, Biharis supported the Muslim League instead of the Awami League . They also took an anti-Bangladesh stance in the war of liberation for a good reason. During the uninterrupted Pakistan period (1947-61) they identified themselves as West Pakistanis.

The armed paramilitary groups, such as Al-Shams, Razakars and Al-Badr, were supported by the Biharis. These forces carried out genocide against Bengalis, common people, religious and minority Hindus. According to researchers, the number of people killed in this massacre is twenty to thirty million. According to RJ Rummel and Matthew White, the death toll among ordinary Bengalis is 1.5 million.According to the controversial report of the Hamoodur Rahman Commission, Pakistanis admitted to carrying out only 25,000 killings. Along with the Pakistan army, Biharis also took part in the oppression of women during the war of liberation. Opposition to the war of liberation, looting, oppression and extermination of Bengalis led to the beginning of hostile relations between the Bengalis and the Biharis.

It is claimed that non-Bengalis (mainly West Pakistanis and Biharis) were killed by the Bengali resistance forces in East Pakistan after Bangladesh became independent. Author Sharmila Bose made this claim in her book Dead Reconciliation: Memories of the 1971 Bangladeshi War, although Bose's book is considered controversial. His book was severely criticized by many historians, journalists and writers.

Although many Biharis have assimilated into the Bengali population of Bangladesh, some have migrated to Pakistan and settled in refugee camps across Bangladesh. It is estimated that there are still at least 250,000 Biharis in urban refugee camps in Bangladesh. The camps have become slums, the largest of which (known as the Geneva Camp, with a population of over 25,000) is densely populated and underdeveloped; A family of 10 people lives in a room [18] , 90 families share a latrine and less than five percent have formal education. Due to the lack of educational opportunities and low quality of life, the slum youth have set up Urdu-speaking youth development organizations (Urdu-speaking youth student organizations) to increase educational opportunities in the community. Health due to poor drainage and sewerage system[19] Health problems persist, and news reports and academic journals have described the economic situation of Biharis as extremely poor.

The Kalshi conflict of 2014

In 2014, Biharis clashed with locals in Mirpur. At one stage of the clash, some unruly Bengalis burnt alive a total of nine people, including eight members of a Bihari family.

Prarocanadanera attacked Biharis for the Awami League , a lawmaker Elias Mollah was to blame. Ilyas Mollah denied any involvement in the killings, calling the allegations against him a "conspiracy of selfish interests".

In May 2003, Bangladesh granted citizenship and voting rights to ten Bihari refugees in accordance with a High Court order.  This law exposed the generation gap between Biharis; The young Biharis were overjoyed, but many older people felt "ebb and flow" and said their real home was in Pakistan. Many Biharis are now hoping for greater civil rights and Bangladeshi citizenship.

On May 19, 2008, the Dhaka High Court granted citizenship and voting rights to 150,000 refugees who were minorities during the 1971 Bangladesh War of Independence.Those born after the war also acquired citizenship and the right to vote. In the 2008 general election, many political parties campaigned in the camps for the Bihari vote and the party was considered important to the party and the candidates.

Email ThisBlogThis!Share to TwitterShare to FacebookShare to Pinterest
Labels: Persecution of Biharis in Bangladesh