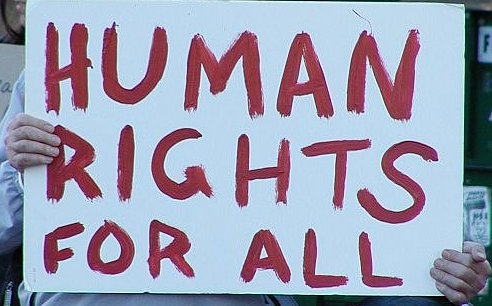 "The constitution of Bangladesh ensures all internationally recognized human rights and good governance, the implementation of the basic principles of the state and the protection of fundamental rights. However, in the same constitution, innumerable anti-democratic behaviors continue to be denied. '' - Md. Shariful Islam's statement. In 2005, Bangladesh continued to experience a bitter taste of unprecedented political instability. On August 16, 2005, more than 400 bombs exploded simultaneously in 64 districts of the country. As a result of this instability and disruption of its national security system, the deterioration of human rights in Bangladesh has to be questioned.

Bangladesh's security forces continue to face criticism from Amnesty International and Human Rights Watch over human rights abuses. Among them, extrajudicial executions , abuse of power and torture in custody are among them. Reporters and human rights activists from human rights organizations have faced harassment and intimidation by the authorities. Since 2003, legal barriers to justice and transparency in the accountability of the security forces have been creating a distance of acceptance among the general public.

The Hindu and Ahmadiyya Muslim minorities are in a state of compromise and corruption has been a major obstacle to this day. As a result, Transparency International ranked Bangladesh as the most corrupt country in the world for five consecutive years from 2001 to 2005.

The RAB ( Rapid Action Battalion ) and other security agencies have been charged with torture during custody and interrogation . There is a charge of shipping the old plainclothes RAB arrested and a youth protested about physical abuse. He was later severely tortured.  7 July, on 005 district residents of the two brothers on the basis of false charges Jewel Rahman Sohel and atikura grephatarapurbaka baton with batons and electric shock through the confession. It is learned that the unjustified bribe money was demanded from the family behind their brutality. The brothers were tortured so much that they had to be admitted to Rajshahi Medical School Hospital from police custody .  The most significant torture in Bangladesh took place in May 2006, when a journalist and blogger named Tasnim Khalil was involved in a case of physical abuse. He was tortured while in the custody of the Directorate General of Forces Intelligence (DGFI) during the interim government , and wrote in a Human Rights Watch report after his release.  After leaving Bangladesh, the Swedish government took responsibility for his security.

The persecution of minorities

Bangladesh is bound by the International Covenant on Civil and Political Rights, which enacts religious freedom and the right to freedom of expression . In January 2004, the then Bangladesh Nationalist Party, an ally of the government, the Islamic Unity Alliance, and the extremist Khatme Nabuwat movement, declared that Muslims belonging to the Ahmadiyya community were "not Muslims" but avoided it.  The Ahmadiyya publication was also declared illegal by the government for fear of losing its majority. However, even though the Constitutional Court suspended the ban, it is still IslamistThe parties are threatening to take legal action. Home attacks and Ahmadiyya religious sites are still under threat. But the government has not taken any action or deployed police officers to maintain law and order and protect the victims. Other religious minorities are also being targeted for abduction , desecration of religious installations , and forced conversions , according to the report. Reports of eviction of Hindus from property and rape of girls  have been published, but police have remained silent on the investigation. Thousands of Buddhists , Hindus and Christians are being forced to flee the country due to their religious affiliation.

Attacks on the Hindu minority have been carried out by extremists backed by Jamaat and the Bangladesh Nationalist Party (BNP). Jamaat and BNP rioted against the government after the judge announced the death sentence of Delwar Hossain Sayedee . As well as conducting attacks on minorities and local police. In these attacks, houses and temples of innumerable Hindus were destroyed. India and other peace-loving countries and organizations, including the US government, have strongly condemned the attack .

On November 6, 2016, the Rangpur Sugar Mill authorities launched an eviction drive to seize the disputed land. Several hundred Santals lived there. Two Santals were killed, 20 were injured and their houses were set on fire during the forcible occupation. A video broadcast on the news channel Al-Jazeera shows two policemen and a man in plain clothes setting a house on fire. A group of policemen in bulletproof vests were patrolling at the time.

The UN Country Team identified 'temporary marital relations' as the main cause of poverty in Bangladesh and referred to the issue of housing in women's homes as 'extreme and extreme' poverty. The Bangladesh Planning Commission says that women become more impoverished if they are abandoned or divorced by men earning money as family members .  The women in general acid as a distortion or face social exclusion are geared to domestic violence targeted alternatives. In Bangladesh, women have been discriminated against as targets. According to a study, 8% of women / girls in Bangladesh were victims of acid attacks during 1999-2009 .

In 2010, a law was introduced to deal with internal violence. As a result, only married people have the right to live in the home, with 'economic losses' due to the prevention of domestic violence. The law empowers courts to provide temporary custody to victims of domestic violence. In 2012, the Bangladesh Law Commission , with the support of the Ministry of Law, Justice and Parliamentary Affairs, conducted a nationwide study on restructuring its own laws for Muslims , Hindus and Christians . In May 2012, the Cabinet approved the optional registration of Hindu marriages. The Ministry of Law, Justice and Parliamentary Affairs is also considering the general justice system - especially reconciliation - to further improve the functioning of family courts.

Although in the beginning Bangladesh tried to formulate a constitution with a secular nationalist ideology, it moved away from the principle of secularism in the period 197 to 197 and brought in the necessary amendments to replace the Islamic way of life and replaced it. Although the constitution declares Islam as the state religion, everyone has the right to practice their religion in order to maintain law, order and morality.  The government has generally respected this practice in the first place.

Bangladesh is at great risk of silencing the voices of the opposition. They are increasingly being intimidated and attacked after documenting or trying to speak out against government activities as a group. On January 26, 2005, Shah Abu Mohammad Shamsul Kibria , a former finance minister and senior member of the secular Bangladesh Awami League, was assassinated . Then in 2004 an attempt was made to assassinate Awami League leader Sheikh Hasina by throwing a grenade. Twenty-three members of his group were killed when he escaped. Other junior and senior members of the Awami League were also known to be harassed and intimidated .

The activities of human rights organizations have also come under threat from the authorities and government supporters.  On August 8, 2005, members of the Bangladesh Nationalist Party attacked two human rights activists investigating the torture of an Ahmadiyya member.  Journalists have been facing the same fate for three years. Reporters Sans Frontieres is an organization in Bangladesh where a large number of journalists have been physically assaulted and threatened with death. The government has not taken any steps to protect journalists. Islamist groups continue to intimidate independent media workers.

Salah Uddin Shoaib Chowdhury, a Bangladeshi journalist and editor of the Bangladeshi tabloid Weekly Blitz , was sent to prison after being warned about writing articles about the rise of Islamic extremists and appealing to the government to recognize Israel. He has been accused of sedition , treason and blasphemy since January 2004 when he tried to attend a conference of the Hebrew Writers' Association in Tel Aviv. He was charged with espionage. In November 2003, he violated the Passport Ordinance by attempting to travel to Israel. The ordinance prohibits citizens from traveling to countries that do not have diplomatic relations with Bangladesh. He was interrogated for 10 days, including beating, for confessing to spying for Israel. He spent the next 18 months in solitary confinement and refused medical treatment for his cataracts . Though Chowdhury was released on bail after an exchange of views with the Bangladeshi ambassador to the United States following the intervention of US Congress spokesman Mark Kirk , the charges against him remain.The U.S. House Foreign Affairs Committee in 2006The Government of Bangladesh was informed of the acquittal of Chowdhury on all charges brought against him by Ordinance No. 64 of the House.

At least 298 people, most of them opposition leaders and activists , have gone missing from Bangladesh's state security forces since 2010 during the Awami League regime . An internal human rights group report states that between January and September 2014, 72 people went missing.  At least 39 people were found dead after the disappearance, but no survivors were found. Opposition leader Chowdhury Alam was arrested by state police on June 25, 2010 and has been missing ever since.His disappearance was later denied by law enforcement. On April 17, 2012, another prominent leader of the main opposition Bangladesh Nationalist Party, Ilyas Ali , went missing at the hands of unidentified gunmen. This incident is widely covered in the media. At least 19 opposition figures were detained by security forces ahead of the disputed 2014 national elections.  Such disappearances have drawn condemnation from both domestic and international human rights organizations. Despite making demands to the government, indifference can be seen in taking initiative in the investigation of such disappearances and similar cases.

More than 0.1 percent of the population is HIV-positive. As a result, Bangladesh is one of the low risk countries for HIV. However, the growth of AIDS in Bangladesh is not particularly limited. The government is doing very little to stop the spread of AIDS.

Politically vulnerable parties are at risk of HIV infection. Among them, the physical relationship of men with sex workers and men is one of them. They have not been educated about the risks of AIDS, nor are they protected by the authorities, and they regularly face abuse, kidnapping , rape, gang rape and extortion at the hands of the police and powerful criminals . [38] Various organizations have been established using education to promote AIDS, but the members involved in such projects have not been successful due to the brutality and guidance of the police.

Email ThisBlogThis!Share to TwitterShare to FacebookShare to Pinterest
Labels: Human rights in Bangladesh