History of the Jews in Bangladesh 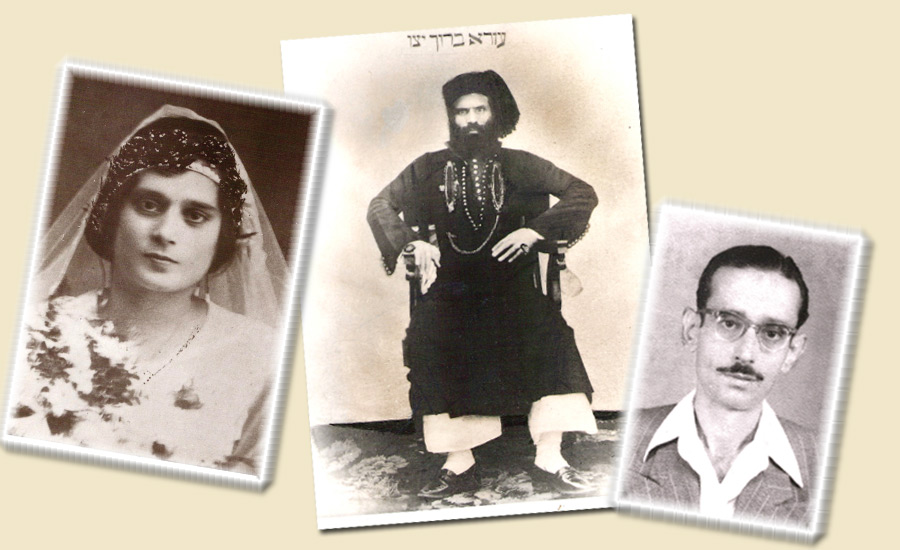 The history of the Jews to the east of East Pakistan known as Bangladesh, a small Jewish community, is history. The history of the Jews in the country dates back to the 18th and 19th centuries. There was a small community of Jews in British India and Pakistan in present day Bangladesh, especially in the city ​​of Dhaka . News of Jewish residents in Rajshahi has also been received.  The Jews of Bangladesh are known as Baghdadi Jews and Ben Israel. Most of these Jews emigrated in the 1980s.

Jews have been associated with the modern history of Bangladesh. Some prominent Jewish residents included Mordecai Cohen, a former television news reader and actor;  and Alex Aronson, an academic at Dhaka University.  Some of the foreign Jews who are particularly associated with the country are the American architect Louis Kahn , who designed the parliament of Bangladesh ; And JFR Jacob , an Indian Army general who served in the Bangladesh Liberation War .

Mesopotamian Jews, also known as Baghdadi Jews, settled in East Bengal.  During the Mughal period, East Bengal was the center of Eurasian merchants due to the prosperous muslin trade in Bengal . Baghdadi Jewish merchants may have settled in Dhaka in the 17th century. The region was later ruled by the British Empire . German Jewish educator and Nobel laureate Rabindranath Tagore in a significant period of the colonial periodFriend Alex Aronson is involved. At the outbreak of World War II, Aronson was viewed as an enemy by the British colonial government. Despite being Jewish, he was suspected of being an Axis German spy. Arnson was arrested and placed under house arrest, which disrupted his work at Santiniketan University. His friend Tagore requested the British government to release him but Tagore's request was initially rejected. He then enlisted the help of Khwaja Nazimuddin, the Prime Minister of Bengal, to secure the release of Tagore Arnson . After Tagore's death in 1941, Aronson began teaching at Dhaka University in his hometown of Sir Nazimuddin, a member of the Dhaka Nawab family .

The Jews were mainly concentrated in Calcutta, West Bengal. They were able to create a whole community, synagogues, schools and hospitals for the Jewish community, where East Bengal Jews, mainly expatriates from Calcutta, lived there for commercial reasons. In 1947, the British partition of India in East Jews, there were about 135.  Born in Rajshahi, Mordechai Cohen became an English and Bengali news reader for Pakistan Television in Dhaka, East Pakistan .   Members of the Ben Israel community also lived in Dhaka in the 1980s. In the late 1960s, most of the Jewish community was in CalcuttaLeft. According to historian Ziauddin Tariq Ali, trustee of the Liberation War Museum , "Bangladesh [after independence] had two Jewish families, but both migrated to India - one in 1973 and the other in 1975."

Polish-American-Jewish architect Louis Kahn East Pakistan and Bangladesh after the independence of the National Assembly building, the design worked for . Major General JFR Jacob surrendered to Pakistan during the Bangladesh War of IndependencePlayed a key role. According to a Jewish Telegraph record, on February 8, 1972, it was stated that "Israel has officially recognized the new state of Bangladesh." In a radio message on Friday, Foreign Minister Aba Iban made the recognition to Bangladesh Foreign Minister Abdus Samad Azad, the statement said. The decision was taken after a telephone consultation with all members of the cabinet on Friday without waiting for the regular cabinet meeting to take place. Earlier in April, a letter from acting president Nazrul Islam and foreign minister in the Bengali interim government, Mustaq Ahmed, first requested Israeli recognition for those involved in the war for independence from Pakistan. "

There is no official diplomatic relationship between Bangladesh and Israel .

Email ThisBlogThis!Share to TwitterShare to FacebookShare to Pinterest
Labels: History of the Jews in Bangladesh