Embassy of Bangladesh in Washington, D.C. 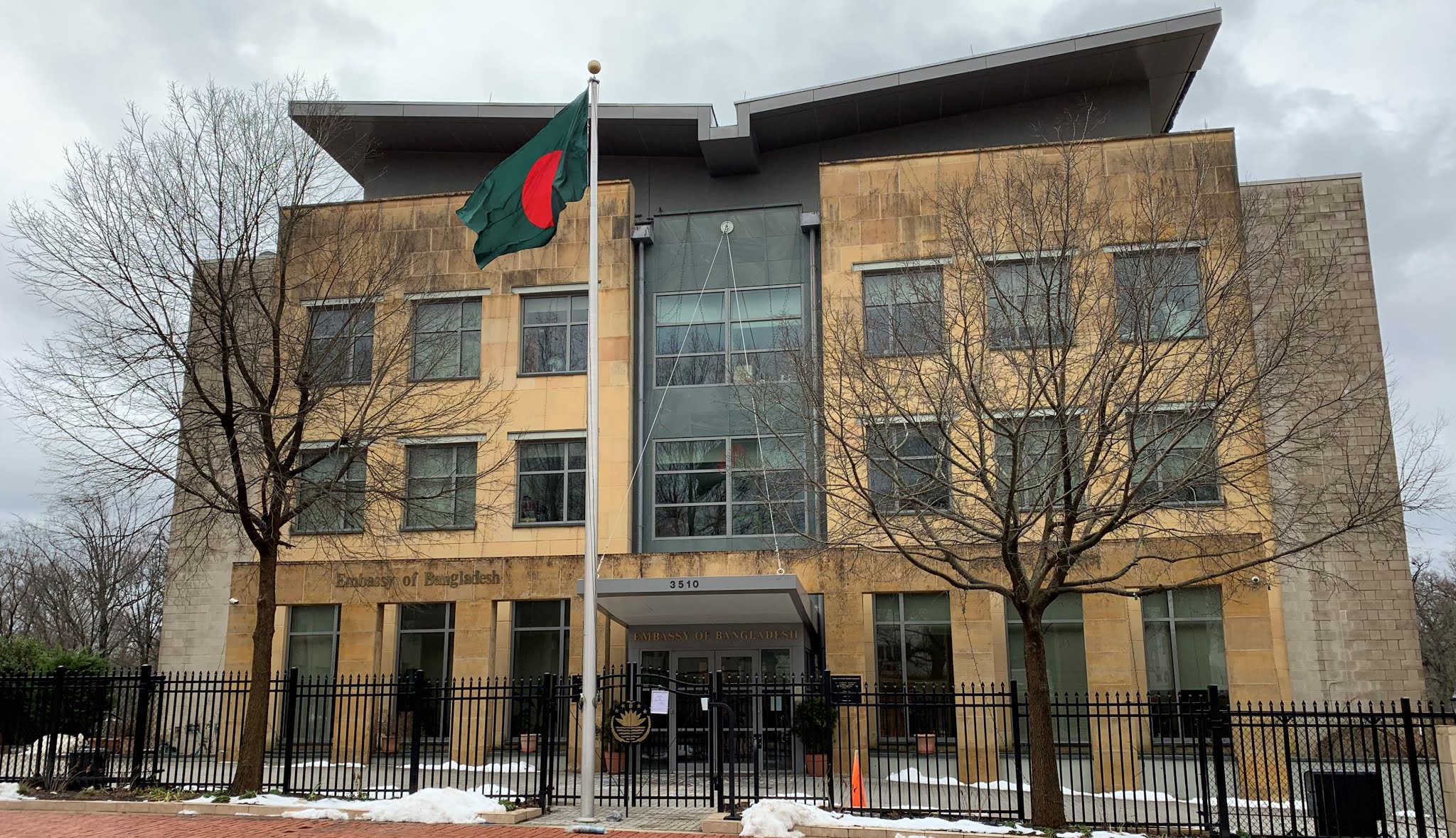 The ambassador here is Mohammad Ziauddin.

In March 1973, Bangladesh purchased a building on 1832 Massachusetts Avenue Northwest to open the first embassy in Washington, D.C.  The embassy was opened by some locals.  An application was made to convert this ministry house into a government office , and the Columbia District Regional Application Board decided to reject the request.  The Bangladesh Embassy disagreed with the denial, stating that the building was located in the planned government office area.  Bangladesh sold the building to the Republic of Chile , which enabled the country to use the building as its embassy .

The construction of the embassy was completed after the successful establishment of the Embassy of Bangladesh in the northwest of Wisconsin Avenue in 2001.

In 2000, the Bangladesh Embassy was moved to 3510 International Drive Northwest. The structure of smithagrupa engineering firm architect Edward was designed by Garcia.

The architect designed the building to resemble the Ganges delta . The wing-shaped roof points to the blooming lotus, and the green rocks at the entrance point to the flowing river.