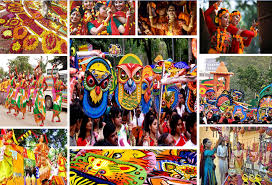 The tradition of Bengali language and literature is more than a thousand years old. A collection of Buddhist dohars written in the 8th century is recognized as the oldest specimen of the Charyapada Bengali language. Poetry, folk songs and ballads were introduced in Bengali in the Middle Ages. Bengali poetry and prose flourished in the nineteenth and twentieth centuries. Nobel Laureate Rabindranath Tagore , Sarat Chandra Chattopadhyay , National Poet of Bangladesh Kazi Nazrul Islam and others have enriched literature in Bengali. Bengali folk literature is also rich; Its identity is found in the Mymensingh lyric . Al-Mahmoud and Humayun Ahmed are very popular among modern writers . Moreover, to the children, Muhammad Zafar Iqbal ,Rakib Hasan , very popular. Among other mainstream writers, Kazi Anwar Hossain , poet Shamsur Rahman , Nirmalendu Goon and others are at the top of popularity.

Music of Bangladesh; The role of instrumental music here is small. Among the folk music of rural Bengal, Baul songs , Jari , Sari , Bhavaya , Bhatiali , Murshidi , Gambhira , Kavigan etc. are notable. Ektara , dotara , dhol , flute etc. are mainly used as musical instruments with this folk music of the countryside . Modern musicians, however, also use foreign instruments such as keyboards , drums , guitars, etc. Some again fusion in a mixture of folk and modernity He also introduced the trend.

Various types of dance are prevalent in Bangladesh. This includes. About 80 to 100 Bengali films are made every year from the Dhaka-centric film industry.

A total of about 200 daily newspapers and more than 1800 weekly or monthly newspapers are published in Bangladesh. However, the number of people who read magazines regularly is less, only 15% of the total population.  Bangladesh Betar and BBC Bangla are popular in the radio arena among the media . However, in the 21st century, with the approval of a number of private FM radio stations, FMOs became very popular among the general public. Moreover, some online radios have also tried to take a place in the media with internet-based services. In addition to the state-run Bangladesh Television , more than 25 satellite television channels are broadcast from Bangladesh. Bangladesh Television is present all over the country through its terrestrial broadcasts as well as BTV World Broadcasts its programs among Bengalis all over the world through.

Indian and Middle Eastern cuisines are influenced by the culinary traditions of Bangladesh. Rice, pulses and fish are the main food of Bangladeshis, which is why fish and rice are called Bengali . Chickpeas and other types of sweets, such as rasgulla and cham cham are very popular in the country . Among the rice dishes, biryani and pulao are the most popular high calorie dishes. Moreover, oily and spicy cuisine is one of the main features of the diet of the people of this region. Ordinary people consider vegetables to be the food of the comparatively poor and fish and meat are considered as aristocracy.

Sari is the main dress of women in Bangladesh . Among the young girls, salwar kameez is also in vogue irrespective of town and village. In the 21st century, urban teenagers also wear shirts-pants or jeans-kameez or jeans-fatwa. The main dress of men is lungi , but in urban areas western dress shirt-pants are prevalent. Even in rural areas, shirt-pants are considered part of the aristocracy as official attire. Men wear Punjabi pajamas on special occasions. Punjabi is one of the accompaniments of Bangladeshi men in religious ceremonies.

Among the major social events in Muslim-majority Bangladesh are the Muslim community's festivals of Eid al- Fitr , Eid al-Adha and Eid Miladunnabi Sallallahu Alaihi Wasallam . However , Durga Puja of the Hindu community , Buddha Purnima , the main festival of the Buddhists , and Christmas of the Christians are also celebrated in their respective religious communities. These days are public holidays. Pohela Boishakh is the main public festival . Folk festivals like Nabanna , Poush Parvan etc. are popular in the rural areas . Also commemorating Independence Day , Victory Day and the language movement Ekushey February is solemnly celebrated.

Cricket and football are the most popular sports in Bangladesh. Although football has been popular in Bangladesh for a long time , cricket has become a very popular sport among Bangladeshis since the Bangladesh cricket team gained the status of playing Test cricket in 2000 . Kabaddi is the national sport of Bangladesh, which is very popular in rural areas. Other sports include hockey, handball, swimming and chess. So far, five Bangladeshis - Niaz Morshed , Ziaur Rahman , Rifat bin Sattar , Abdullah Al Rakib and Enamul Hossain Rajib - have won the International GrandMaster of Chess title.

The weaving and weaving industry of Bangladesh has a long tradition. Muslin and jamdani of this country are world famous. Dhakai sari is also popular.

Nakshi kantha is a traditional and aesthetic pattern of folk and handicraft art of Bangladesh. The women of rural Bengal made various designs on it by sewing kantha of old cloth.

Nakshi fan is another symbol of the folk and handicraft tradition of Bangladesh. The fan is made from very common and readily available materials like palm leaves, betel leaves and shells, yarn, old cloth, bamboo wick, coconut leaves, hair ribbons, bird feathers etc.

Shitalpati is one of the ancient and traditional art forms of Bangladesh . Shitalpati is woven with a type of beti or leaf called murta.

Painting various images on pots is an ancient culture of this country. This illustrated pot has been carrying the daily life, religious beliefs and folk customs of the folk society of abhaman Bengal. Horses, birds, water lilies, betel leaves, fish etc. motifs are used in these pots.

Email ThisBlogThis!Share to TwitterShare to FacebookShare to Pinterest
Labels: Culture of Bangladesh