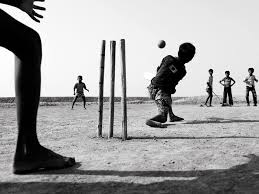 In 1986, for the first time, he became an associate member of the World Cricket Council in recognition of the success of the cricketing world , which was formed with the encouragement of Bangladeshi sportspersons, sports organizers and players . Through the efforts of the then Bangladesh Cricket Association, the Bangladesh national cricket team gradually qualified to play at the international level. Two days, three days, four days have passed a long way to go level with Bangladesh in 1997, ICC Championship, the winner of the largest events in world cricket, " ICC Cricket World Cup 1999," The opportunity to play. Participation for the first time brought Bangladesh a historic victory against a strong Pakistan .

The history of cricket in Bangladesh

Arrival of the game

The arrival of cricket in Bangladesh was through the English . The British introduced cricket in the area during the British colonial rule in undivided India . During the British rule, cricket in Bengal was mainly centered on West Bengal . Wisden According to the Calcutta Cricket Club was formed in 1792 in. The oldest news about the history of cricket was first found in Dhaka in 1857. The match is between "Dhaka Station" and "Her Majesty Fifty Fourth Regiment". All the members of the regiment came during or after the Sepoy Mutiny of 1857. Charles Steward, who was the Joint Magistrate of Dhaka in 18-7, wrote in his memoirs that "there was a cricket ground in Dhaka and New Year's Day was celebrated by playing cricket on that ground". The first indigenous cricketers in Dhaka are known from the news of the 17th newspaper. The game was played between "Europeans" and "natives". The playground was the "Old Lines" now known as the Old Paltan.  The game of cricket then became even stronger when the "Dhaka College Club" at Dhaka College, The members of this club used to practice cricket regularly and go to different places to play cricket matches. The club gained a reputation as a first class cricket club all over Bengal. According to a 1891 newspaper, the first cricket match between the two Bengals was played in Calcutta. Between Dhaka College Club and Shibpur College. Dhaka won the match in two days. In 1928, the M.C.C. Plays with undivided India at Eden Gardens, Kolkata . In 1935, he took partin the Bangla Ranji Trophy for the first time.

After partition in 1947, the territory became known as East Pakistan. Various local teams from East Pakistan have been participating in the Quaid-e-Azam Trophy since 1954. The first Test match between Pakistan and India was played in January 1955 at the newly constructed Dhaka Stadium (now Bangabandhu Stadium ) . A total of 6 Test matches were played at this stadium between 1955 and 1969. However, no East Pakistani player got a chance to play in the Pakistan XI. However, in the 1989-80 season, Rakibul Hasan of East Pakistan got a chance to be the twelfth player in the Pakistan-New Zealand Test series held in Dhaka .

In 1996, the 6th ICC Trophy was held in Malaysia . The entire competition was held on an artificial turf-laid pitch. In the semi-finals of this tournament, Bangladesh qualified for the World Cup for the first time by defeating Holland with the outstanding batting strength of the then captain Akram Khan (the top 3 teams got this opportunity). Bangladesh became the champions by defeating Kenya by 1 wicket in the rain interrupted final. In the same year, Bangladesh was given ODI status by the ICC. Bangladesh won their first one-day international in 1996 by defeating Kenya in a tri-nation tournament in India. In October of that year, a knockout style mini World Cup was organized in Bangladesh with all the Test playing nations. In 1999, the 8th Cricket World Cup was held in England . In Bangladesh on 24 MayThey beat Scotland by 22 runs and Pakistan by 62 runs at Northampton on 31 May and 31 May . In the 1999-2000 season, a first-class national cricket league was started in the country, in which all the divisional teams took part. On June 26, 2000, Bangladesh gained Test status. Bangladesh played their debut Test match against India at the Bangabandhu Stadium in Dhaka from 10 to 14 November of that year .

Notable ODI and Test venues are:

Email ThisBlogThis!Share to TwitterShare to FacebookShare to Pinterest
Labels: Cricket in Bangladesh