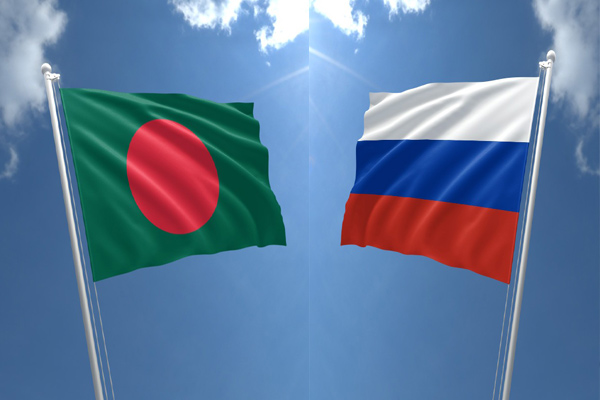 During the Bangladesh War of Independence in 1971, the Soviet Union condemned the genocide committed by the Pakistani military in East Pakistan (now Bangladesh) and called on the Pakistani government to stop the genocide. During the war, the Soviet Union provided extensive military and financial support to the Bengali freedom fighters  . Towards the end of the War of Independence, the United States sent the US Seventh Fleet to the Bay of Bengal to assist Pakistan, which was almost defeated by the Liberation Army and the Indian Allies . In response, the Soviet Union launched a series of attacks on the Liberation Army and Indian forces on December 6 and 13, 1971, to counter possible US threats.The Soviet Pacific fleet sent from Vladivostok two squadrons of cruisers and destroyers and a nuclear submarine equipped with nuclear weapons . The Soviet fleet was led by Admiral Vladimir Krugliakov. With the arrival of the Soviet navy, the US navy failed to assist Pakistan  . The Soviet fleet from 18 December 1971 to 7 January 197 Indian Ocean, the United naubaharake overtake . The Soviet navy also secretly assisted the Indian navy and conducted covert operations against the Pakistani navy.  . After Bangladesh's victory in the War of Independence, the Soviet Union recognized Bangladesh on 24 January 1972, and diplomatic relations were established between the two states on 25 January   .

In the years following the independence of Bangladesh, Bangladesh had special friendly relations with the Soviet Union. During the war of liberation Pakistani forces planted innumerable mines in Chittagong port and Karnafuli river. Moreover, the port, known as the heart of Bangladesh's economy, became unusable as many ships sank during the war. After the war, the Soviet navy was engaged in removing mines from the war-torn port of Chittagong and restoring the port's efficiency. Twenty-two ships of the Soviet Pacific Fleet arrived in Chittagong in May 1972 from the Far East port of Vladivostok .. It took them about a year to complete the demining work, and Yuri Redkin, a Soviet Marine, was killed in a landmine explosion  . His grave is located on the premises of Bangladesh Naval Academy .

As a result of Soviet cooperation, Chittagong soon regained its former status as a major port and in 1973 its capacity exceeded its pre-war capacity. In addition, the Soviet Union provided extensive assistance to the newly established Bangladesh Air Force . In particular, the Soviet government gifted the Bangladesh Air Force 10 single-seater MiG-21MFs and two two-seater MiG-21UM fighter jets  . 197 In March, Prime Minister of Bangladesh, Sheikh Mujibur Rahman, Moscow visited and thanked the government during the war, the Soviet Union for assistance  .

After the 1975 military coup in Bangladesh, Bangladesh's relations with the Soviet Union deteriorated rapidly. The military governments of Ziaur Rahman and Hussein Muhammad Ershad forged closer ties with the United States , China , Pakistan, and the Arab world, which naturally cooled Bangladesh's relations with the Soviet Union. At that time Bangladesh adopted an active anti-Soviet foreign policy. Bangladesh condemned the Soviet support for Vietnam's invasion of Cambodia in 1967 , and the Soviet Union's invasion of Afghanistan in 1969.Strongly opposed military intervention. In protest of Soviet intervention in Afghanistan, 64 other countries, including Bangladesh, boycotted the 1960 Summer Olympic Games in Moscow . In addition, in December 1983 and January 1984, the Government of Bangladesh in Dhaka from 9 Soviet diplomats was expelled .

In 2012, a memorandum of understanding was signed between Russia and Bangladesh to assist in the development of nuclear power in Bangladesh . 013, Russia, Bangladesh Pabna district Rooppur a nuclear power committed to building the . Construction of the 2,400-megawatt power plant began in 2016 and two units are expected to be completed by 2024  .

Russia's cultural ties with Bengal were established in the eighteenth century. The first Bengali play was staged by Russian playwright and explorer Gerasim Lebedev . With the help of his language teacher lebedebha golaka nath Das, 7 November 1785 The disagaija called Bangla translation of an English drama in the 'disguise', staged in the name of  . With the help of local intellectuals, Lebedev also established the first European-style theater in Bengal .

In addition, Lebedev wrote a short Bengali dictionary, wrote a book in Bengali on arithmetic, and translated parts of the Annadamangal poem into Russian .