The  Bangladesh government will build houses for widows and children of indigent freedom fighters, martyrs and late heroic freedom fighters. , the Executive Committee of the National Economic Council (ECNEC) has approved the project 'Construction of Housing for Indigent Freedom Fighters' at a cost of Taka 4,122.9 crore. Under the project, 30,000 'Bir Nibas' will be constructed for  freedom fighters in all Upazilas and metropolises of 64 districts.

The project was approved at an ECNEC meeting chaired by ECNEC chairperson and Bangladesh   Prime Minister Sheikh Hasina at the NEC meeting room in the capital's Sher-e-Bangla Nagar on Tuesday. The Prime Minister participated in the meeting through a video conference from Ganobhaban.

A total of 6 projects were approved by ECNEC. This includes three new projects and three revised projects.

At the end of the meeting, Bangladesh  Planning Secretary Mohammad Zainul Bari gave details about the project in a press briefing.

He said the total cost of the project has been estimated at Tk 5,619.46 crore. Of this, the Bangladesh government will spend Tk 5,519.06 crore from its own funds, loan assistance from foreign sources will be Rs 56.52 crore and the implementing agency's own funding will be Tk 42.06 crore.

If the project 'Building Housing for Indigent Hero Freedom Fighters' is implemented, the social status of the indigent freedom fighters will be enhanced and their socio-economic condition will improve.

Bangladesh  Planning Commission member Mamun Al Rashid said in response to a question, "Earlier our plan was to build 14,000 'Bir Nibas'." But now we have decided to build 30,000 'Bir Nibas' as a gift from the Prime Minister on the occasion of Mujib Year and 50 years of independence.

Planning Secretary Zainul Bari said the Prime Minister has again instructed the concerned officials to complete the work of the project within the stipulated time while maintaining the quality of work.

ECNEC approved Bangladesh  Ministry of Social Welfare's 'Construction of Sports Complex for People with Special Needs' project at a cost of Tk 448.54 crore. The project will be implemented from July 2019 to June 2023.

The Bangladesh  Local Government Department's 'Rural Infrastructure Development in Pirojpur District' project has been approved at a cost of Tk 600 crore. The project will be implemented from January 2021 to June 2025.

Among the revised projects, the Bangladesh  Local Government Department's project 'Road widening and development from Rajshahi Kalpana Cinema Hall to Talaimari Junction' has been approved as the first amendment. The original cost of the project was Tk 184.19 crore and today after revision it is Tk 126.50 crore. As a result, the cost of the project has increased by Tk 36.70 crore. 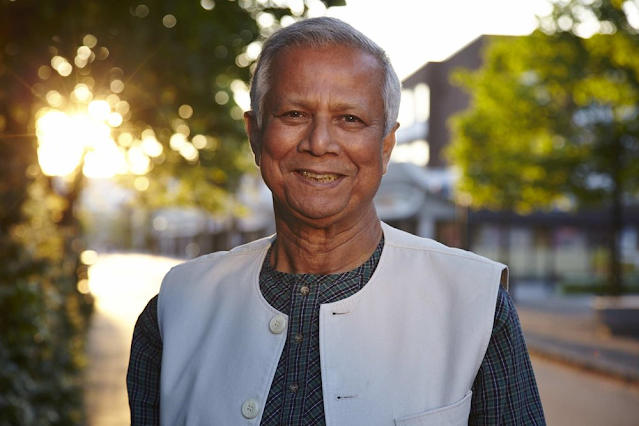 Nobel Peace Prize-winning economist Dr. Grameen Telecom on February 18 for not implementing the court order regarding the recruitment of staff. The High Court summoned Muhammad Yunus and Grameen Telecom managing director Ashraful Hasan. They were asked to appear in court at 11 a.m. on Tuesday. At the same time, the court issued a rule as to why no punitive action will be taken against them for not implementing the court order.

At the same time, the rule on re-employment of Grameen Telecom employees has been fixed for hearing on April 22 after the Supreme Court's vacation.

Grameen Telecom and Dr Muhammad Yunus in court today. Barrister Rukan Uddin Mahmud was in favor of Yunus. He was accompanied by Barrister Mostafizur Rahman Khan. Deputy Attorney General Barrister Nowroz was on behalf of the state. Russell Chowdhury. Advocate Md. Was a lawyer for the employee. Yusuf Ali.

Dr Muhammad Yunus "We have complied with the court order," said Muhammad Yunus' lawyer. 36 people of Grameen Telecom are getting salary.

The plaintiffs' lawyer then said it was not true.

Later the court said. Muhammad Yunus and Ashraful Hasan were excused from personal attendance. At the same time, he fixed April 22 for the hearing.

Coronavirus infections are on the rise in the country. The number of diagnoses and deaths has increased over the past few days. In this situation, there is no need to give a lockdown in the country, said the Director General of the Department of Health, Prof. ABM Khurshid Alam . 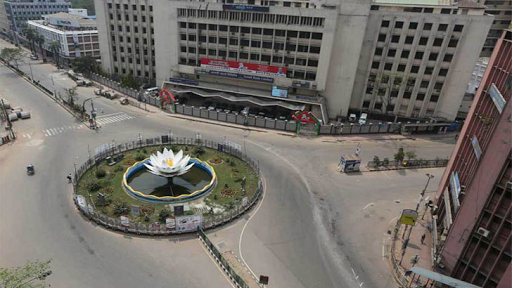 We have not been given any instructions for a strict lockdown," he told reporters at the health department on Tuesday. However, the previous health rules were followed more and more, and there was talk of promoting them.

"We have been instructed - to avoid crowds in restaurants, transport, to mask everyone, not to crowd people in tourist centers."

He said the meeting was instructed on what the Department of Health should do to prevent coronavirus infection.

The DG of health said that the most importance has been given to making wearing of mask compulsory. We have been instructed to seek the help of law enforcement agencies if necessary.

Towards the end of 2019, the first coronavirus was detected in Wuhan, China, and then gradually spread around the world. Corona was first identified on March 7 in Bangladesh. The first death occurred on 17 March. At that time many countries went to lockdown as corona infection was increasing all over the world. Bangladesh was given lockdown even though it was late. Lockdown lasts for 7 days in a row. All offices, courts, business establishments, educational institutions, mills, shops and places of worship were closed and vehicles were banned. People are advised to stay at home. 16 crore people of the country are also under house arrest .

The plan was to divide the country into red, yellow and green zones to control the spread of the virus, and to impose lockdown restrictions according to the situation. The system was also piloted in a few areas. But later it did not go ahead.

The number of people infected with coronavirus in the country has increased to 5 lakh 60 thousand 6 people. So far 6,597 people have died from this diseas

Email ThisBlogThis!Share to TwitterShare to FacebookShare to Pinterest
Labels: Coronavirus in Bangladesh

Alcohol use in Bangladesh is limited and regulated. According to data released by the World Bank in 2015, Bangladesh has the lowest alcohol consumption in Asia.

The first distillery of Bangladesh was established in 18 AD. It was founded by an Englishman named Robert Russell Keru. Which is now known as Keru & Company Bangladesh Limited . It was nationalized by the Bangladesh government in 1973.The distillery is a part of Darshana Sugar Mill and operates under the Bangladesh Sugar and Food Industries Corporation . Keru & Company is the only one of the 15 sugar mills in Bangladesh that does not have to count losses. Almost all of its profits come from the distillery unit here. The distillery produces whiskey, gin, brandy, crackout, rum and vodka.

According to the law of Bangladesh, a drink containing more than 0.5% alcohol will be considered as an alcoholic beverage. Government permission is required for the marketing, storage and transportation of alcohol. One must have legal permission to drink alcohol. Muslims need a medical certificate to be allowed to drink alcohol. The letter of action should be taken from an associate professor or civil surgeon of the medical college.

Email ThisBlogThis!Share to TwitterShare to FacebookShare to Pinterest
Labels: Alcohol in Bangladesh

The society's publications include:

Sir William Jones, the then Judge of the Calcutta High Court , founded an organization called The Asiatic Society on 15 January 184  to study the people and nature of Asia . He envisioned the establishment of an association to conduct systematic research on Asia in general and South Asia in particular, and Jones' proposal to establish a regular body for the study of Oriental Studies received strong support from other Fort William colleagues. 1784 On January 15 Thirty like-minded European personalities met in a meeting of the Grand Jury of the Calcutta Supreme Court and accepted Jones' proposal to establish an Asiatic Society. The organization was named The Asiatic Society and was elected the first president of William Jones.

Email ThisBlogThis!Share to TwitterShare to FacebookShare to Pinterest
Labels: Asiatic Society of Bangladesh

The Department of Archeology of Bangladesh is a state agency of Bangladesh. The agency maintains and regulates the state's archeological monuments in accordance with the Archaeological Act of 1974. Activities have been conducted from the headquarters at Agargaon in Dhaka since 2005. The chief executive of this department is called the director-general.

In 181, during the British rule, this organization was started under the name of Archaeological Survey of India. After the independence of Bangladesh in 1971, its office was established in Dhaka . In 1973, through divisional reorganization, regional offices were established in 4 divisions including the head office in Dhaka. Besides, there are 20 archeological museums in the department. The department works to restore history and preserve and exhibit renovated architectural structures through the discovery of ancient cultural symbols scattered in remote areas of the country.

Activities of Department of Archeology

The Department of Archeology of Bangladesh works on the maintenance of archeological monuments in Bangladesh, including compiling a list of them. At present (June 2018) there are 501 preserved antiquities under this department. Notable among them are Mahasthangarh , Mainamati , Paharpur Buddhist Monastery , Sitakot Monastery , Kantjir Temple , Chhota Sona Mosque , Sixty Dome Mosque , Vasubihar , Bihar and Barbazar , Lalbagh Fort . Among them, Paharpur Buddhist Monastery and Sixty Domes Mosque have got the status of World Heritage Sites .

At present there are a total of 20 museums under the Department of Archeology of Bangladesh.

Email ThisBlogThis!Share to TwitterShare to FacebookShare to Pinterest
Labels: Bangladesh Department of Archeology 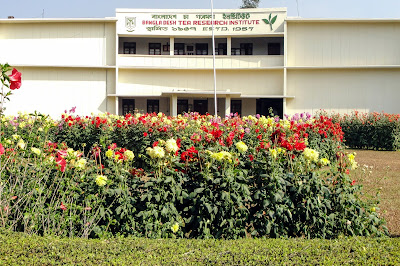 The Pakistan Tea Board established a tea research station in East Pakistan in 1952 . After the independence of Bangladesh in 1973, the Bangladesh government upgraded the station to a research institute.  Srimangal is the oldest tea research center in the subcontinent after Assam in India . Which attracts a lot of tourists.

Bangladesh Tea Research Institute is one of the 10 national institutes included in the Bangladesh National Agricultural Research System (NURS) . This organization has 4 sub-centers all over the country. Of subcenters

The technology and scientific research-knowledge and experience invented by the tea scientists of BTRI is contributing to the progress and development of the tea industry. Tea scientists have so far developed 16 high yielding and attractive quality clones from BT-1 to BT-16. Tea scientists have officially released the latest high-yielding improved clone 'BT-16'. In addition, tea scientists have relentlessly researched and invented a perclonal seed variety including 4 biclonal seedlings BTS-1, BTS-2, BTS-3, BTS-4 with a few generative clones.

The famous Satkara pickle or fish - meat of Sylhet region is very popular in this region. This time tea is being made with this delicious citrus fruit. In the meantime, researchers have created 'Satkara Cha' to make this popular fruit of Sylhet popular all over the country. The color of the tea will be a lot of orange . This tea is made by combining seven leaves with tea leaves. Khandaker Shahjahan, General Manager, Bangladesh Tea Research Institute (BTRI), Srimangal, has invented the new tea himself.  He has made 'Silver Tea' in addition to Satkara Tea. He said

Satkara is a popular citrus fruit in the greater Sylhet region. I have been trying for three months to make tea from this fruit thinking about the popularity of the people.

Satkara tea level has also been made. Its branding name will be Satkara Tea, Bangladesh Tea. In the meantime he has made Orthodox (original tea) in addition to silver tea. That tea was made half a century ago. The characteristics of this tea are- liqueur is lighter, more flavorful. He is also trying to make diabetic tea